The times we live in demand people like Prometheus, not Epimetheus. The ancient hero, who loved humankind, taught us how important it is to think ahead (pro= before, metheus = wise thinker), rather than with hindsight (epi= after, metheus = wise thinker). In the myth by the Platonist Pythagoras, Prometheus assigned to his brother the task of giving specific features to animals in such a way that they could retain their diversity and continue to survive [ειδοποιός διαφορά = ‘species specific’ attributes]. He did so for all creatures except humans, whom he left naked, barefoot, in a primitive condition and defenseless. Prometheus then stole practical wisdom from the gods, and this became science and technology. He also stole fire to help people survive.

This wonderful tale demonstrates the need for the Church, too, to prepare for developments in life. Clearly we have to trust in God’s providence. It can’t be doubted that ‘our strength is perfected in weakness’. But our spiritual tradition has always been open to challenges from the world, not in order to conform and submit to it but to adopt anything beneficial which isn’t in opposition to God’s will. It has wanted to give people the opportunity to ask positively ‘What does the Church say?’ And not just that. ‘As children of the Church, what can we do so as not to miss out on our primary goal, which is resurrection and sanctity, as well as becoming a light for the world and for others’. 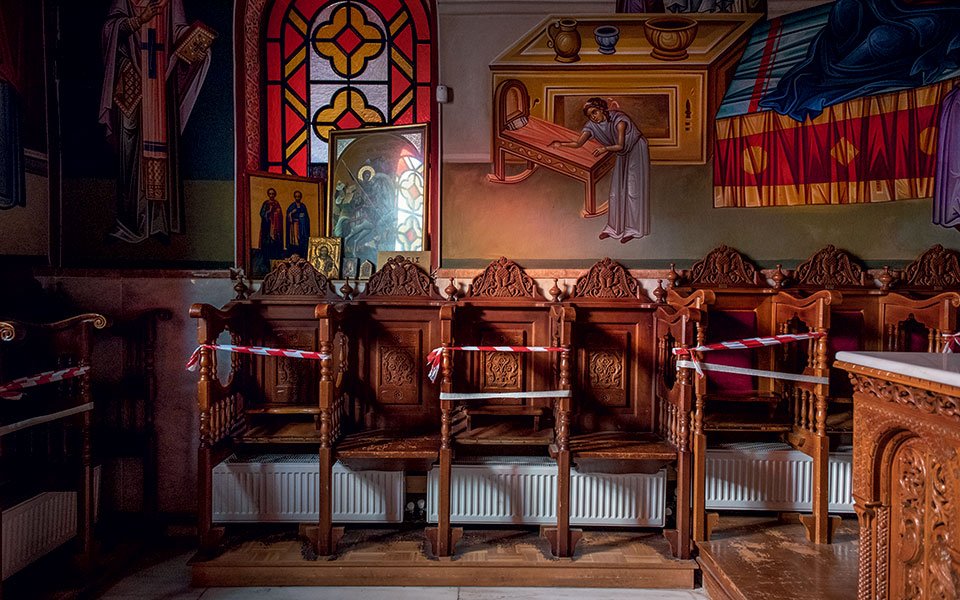 In the face of this major problem, particularly in these days of the pandemic, there’s a certain bewilderment and even indifference. An ill-conceived conservatism, in practice a denial, and, indeed, a  hypocritical denial, of the life and time in which we’ve been called upon by God to live is attempting to remove us from the world and to enclose us in our own bubble of secular distance, analogous to social distancing. ‘We and you’. ‘We, the faithful, who aren’t afraid of anything, who scorn secular matters, science and politics. We’ve implanted the kingdom of God into this life, usually conceived as moral purity and an irrational conviction of being tested by God, and this saves us from all evil’. And ‘you, who are subject to all and every Antichrist, who are slaves to the devil, to science, to sin, to lack of faith and who can’t be saved at any price’.

But over the course of its two-thousand-year history, the only thing the Church has rejected is sin. A quick look at the wonderful letter to Diognitos, a text which records the experience of the early Church, at the time of the persecution in fact, is enough to bring us back to our senses:

‘Christians don’t differ from other people in terms of language, speech or habits. Nor do they live in their own, separate towns, use a different linguistic dialect or live in a curious manner. They haven’t invented some strange way of life; they don’t depend on human curiosity; and, unlike others, they don’t promote any human teaching. They live in pagan or barbarian cities, as fortune has ordained, and live in accordance with local customs, adopting the local dress and nutrition of each place, while at the same time their behavior is clearly admirable and distinguished.