In the Gospel readings, we often come across the Apostles invoking the authenticity of their personal witness in order to be convincing: ‘which we have heard, which we have seen with our eyes, which we have looked upon, and our hands have touched’ (1 Jn. 1, 1). ‘We know that his witness is true’( Jn. 21, 24). The Samaritans [1] and the Honorable Forerunner also have recourse to their personal experience [2]. The authenticity of the experience is the most compelling argument in favor of what they’re saying.

So let’s see what the meaning of authentic experience is in the life of a Christian. Peter is authentic, because, even when he falls, he’s spontaneous. He asks for proof and the Lord invites him to walk on the water. He falters and begins to sink (Matth. 14, 28-29). Spontaneously he confesses that Christ’s holy mouth utters ‘words of life’ (Jn.6, 68). He urges the Lord to avoid the Passion, but is rebuked and is told that Satan is speaking within him (Matth. 16, 22-23). With a superior air, he refuses to let the Lord wash his feet, but then gives way in a particularly expressive manner.  (Jn. 13, 5-14). He dares to cut off the ear of Malchus violently (Jn. 19, 10) and is duly chastised by the Lord, before the ear is miraculously restored (Luke 22, 5). He denies the Lord just before the Passion and immediately repents (Mark 14, 72). He hears the message of the Resurrection and doubts it, which is why he hastens to the tomb to confirm it (Jn. 20, 3-4). He fell and rose again. He sinned and repented. He didn’t pretend; he was.  He was also free when he was being human. He erred and corrected himself. He wasn’t infallible, he was real. 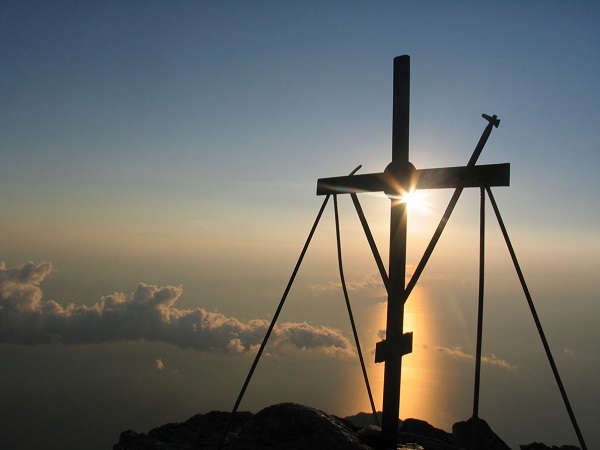 It’s not people who don’t make mistakes who are authentic, but those who recognize their mistakes, confess them and repent.

Authentic people, however, aren’t only spontaneous in their behavior, they’re also pure in their faith. Faith isn’t an ideology for us to support, nor a thought we need to understand, nor a view we should accept. Faith isn’t a feeling, nor is it a moral code to which we have to conform, nor an experience which we impose on ourselves psychologically. And it’s not an aim which can be achieved through human effort. Faith is grace and life and truth and it’s offered, it wells up and is revealed. It’s given by God; it’s manifested by God.

And we people aren’t great because we can achieve much, but because great things can happen to us and be revealed to us. All of this, however,  presupposes genuineness, truthfulness and authenticity. Without these, the horizon of the soul remains closed to God’s grace.

Of course, when we speak of authentic experience it often seems that we mean something which isn’t really so. So let’s see exactly who true, genuine Christians are. In an effort to answer the question: ‘What kind of people should Christians be?’, Saint Basil the Great says:

And he goes on to say:

‘What is specific to Christians? That, just as Christ died to sin once and for all, so they are dead to and unmoved by all sin… That they have a wealth of righteousness in all things… That they love others as Christ loved us… That they envisage the Lord before them at all times… That they are vigilant at every hour and day and are ready to please God in perfection, knowing that the hour that the Lord has decided upon is coming’ [4].

According to Saint John Chrysostom: ‘If you’re a Christian you have no home on earth. The builder and creator of our home is God. And were we to receive the whole world, we would remain strangers and wayfarers. We’re registered in heaven; that’s our abode’ [5].

We encounter the same absolute attitude in the ascetic Fathers and, of course, in the Ladder of Saint John the Sinaite. ‘A Christian is an imitation of Christ, insofar as this is possible for us, in words and deeds, understanding the Holy Trinity properly and believing irreproachably’.

The Christian experience is authentic when we love the cross more than comfort, the struggle more than the victory; when we experience the kingdom of God as being more real than the events of history; when  our faith is stronger than correct discourse; when we discern the truth more in the mysteries than in what we understand; when we’re more prayerful in our difficulties and less concerned with thinking about them; when we realize that grace is more effective than our struggle; when our brothers are sisters are closer to us than our self; when we can distinguish the phony from the genuine, the false from the true, our will from God’s will; when we desire death more than life.

Authentic Christians are comfortable with tradition and dogma, but also have something new and personal, something of their own: the divergence which unites and embellishes, because it is ‘the community from the nations, that which is called a plowed mountain’… ‘For the soul elevated by the teaching of Christ is a mountain’.

In the end, the image of an authentic person isn’t something that exists and which we must all imitate, but rather it’s something that doesn’t exist and which each of us is called upon to create. It’s the way each one expresses what they’ve been called for. Authenticity is that which shows the sanctity and uniqueness of the person.