On the beach I experienced one of the most moving confessions… perhaps the best.

Three days before we celebrated the summer Easter, the Dormition of our Most Holy Lady the Mother of God, I met with a clergyman friend of mine. We’re in the habit of meeting occasionally to talk about what’s happening and to discuss theological questions. We top up our spiritual batteries.

On that day, we’d both finished late with our paraclitic canons and started out straight away to the place we’d agreed to eat at. We weren’t serving the liturgy the next day, so, afterwards, we went for a walk until we came to the beach, which was completely deserted because of the lateness of the hour. We found two chairs and sat down. 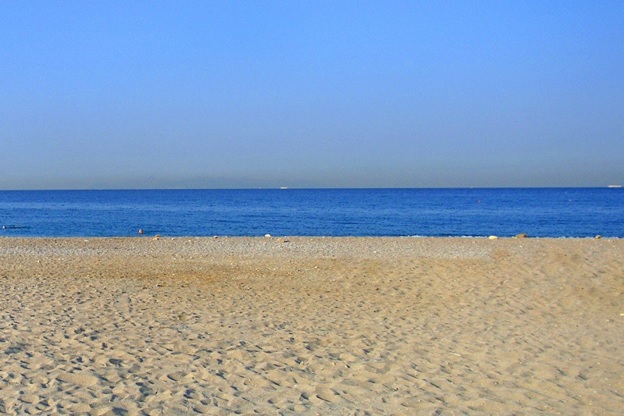 The sea was calm, the sky clear, full of stars and there was a light breeze blowing just enough to stop us falling asleep. It was completely quiet, except for the gentle lapping of the waves, which kept time with the censer in the Athonite vigil we were listening to on the cell phone.

The night went by with us discussing at length the majesty and providence of God, because the Perseids had claimed our attention. This meteor shower was so impressive that we forgot everything else. It was already half past two in the morning. How on earth had we lost all sense of time…?

Perhaps because God had other plans for that night.

I’ve taken confessions in all sorts of places: on the road, on a mountain, in a garage, in hospitals, in public squares. Whenever I see somebody who’s repenting and hasn’t ever confessed, I seize the opportunity at once, in case it makes a difference to the salvation of their soul. Though always calmly and with discretion. But I’d never performed this sacrament on a beach.

Not more than five minutes had passed when this guy with a pony-tail came past. He didn’t notice us. It was dark and we were wearing black. How could he have known? Three meters further on, he stopped and turned round.

‘Your blessing, fathers’. No, it wasn’t his imagination. There were two priests there for him, in the dead of night, in the middle of nowhere.

He stood before us and without any hesitation started pouring out his complaints about life. He’d just been let out of prison. He was upset, hungry, unemployed and homeless. A tear rolled from his eye. It was as if, at that moment, he was starting a search for God, and that repentance was welling up from the depths of his soul.

After he’d poured out his troubles, we advised him to find a confessor somewhere in the area to confess and be cleansed spiritually.

‘I’m not going anywhere. I’m going to tell you and you’re going to listen. It’s difficult for me to talk openly, because what I have to say is connected with the lives of prominent people in society and I don’t trust anybody. You’ve sat for so long, at this time of night, listening to a crazy stranger and you haven’t sent me away. So I’m going to confess to you’.

We priests looked at each other.

‘Shall I fetch the stole from the car?’.

So I went a fetched the stole and we began.

It was a confession so profound and so long that it went back to his childhood. These were things he’d never told anybody.. It was as if he was cleaning out a land-fill in order to make it into a luxury, five-star hotel, in order to receive a VIP guest.

He finished, knelt, and the stole covered his head, like a mother covers her child. As I was saying the prayer of forgiveness I felt him take hold of my shoe. I didn’t pull it away, so that I would be taught by the riches of his humble action and that he would be granted a reward from heaven by it.

When I finished the prayer, he bent lower and kissed the feet of both of us, all the while weeping copious tears. What humility, Lord. The river of tears uniting with the sea of Christ’s love. He wept, we wept.

‘Fathers, you’ve given me the greatest gift of my life. I’ve never felt like this in all my fifty years. The most wonderful experience I’ve ever had. I feel unburdened, I feel human’.

He was leaping for joy, his face shining in the darkness. 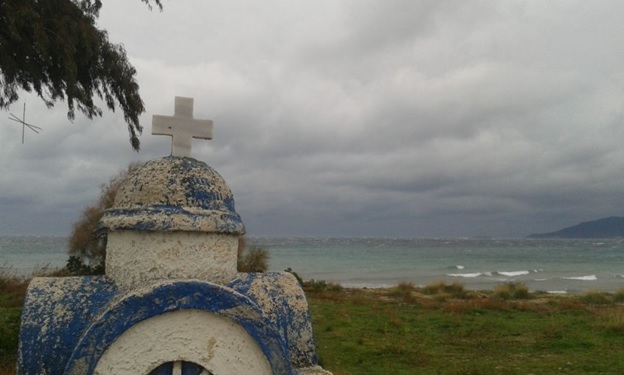 Of course, the way we saw it, with such repentance he was ready to receive a much greater gift: God himself. We gave him the blessing, therefore, to receive the sacrament of Holy Communion. It may have been the first time he’d tasted his Creator. How could you deny union with Christ to such rare repentance? There were so many similarities to the robber on the cross. And also to Saint Moses the Ethiopian.

And so, just as he’d come, he became lost in the night, the only difference being that now he was washed in the Lord’s grace, cleansed, glorifying God, with his gaze fixed on the hope of the salvation of his soul.

Great are you, Lord and wondrous are your works. You desire the salvation of all sinners and, with discretion and respect for our self-determination you take care to present us with opportunities. So it was that, in this case, you sent two priests to the middle of nowhere, because you saw the secrets of the man’s heart.

Would that all Christians, clergy and laity, had such repentance.