Through the prophets and the apostles, the Holy Spirit wrote the word of God and interpreted it through the holy fathers*. Both the ability to record the word of God, as well as the capacity to interpret it, are gifts bestowed by the Holy Spirit. This and this alone is what the holy Orthodox Church accepts. This and this alone is what its true children accept. If you interpret Scripture arbitrarily, you reject the interpretation of it by the holy fathers, under the guidance of the Holy Spirit. And if you reject this interpretation of Scripture under the guidance of the Holy Spirit, then, without question, you’re also rejecting Scripture itself. In this way, the word of God, which is the word of salvation, is reduced to being a deadly two-edged sword in the hands of these spontaneous interpreters. With it, they slay their own souls, leading them to eternal destruction. ‘On whom shall I cast my gaze except those who are humble, calm and who tremble at my word’, says the Lord. This is how you should be before the Lord and the Gospel, which is where he is. 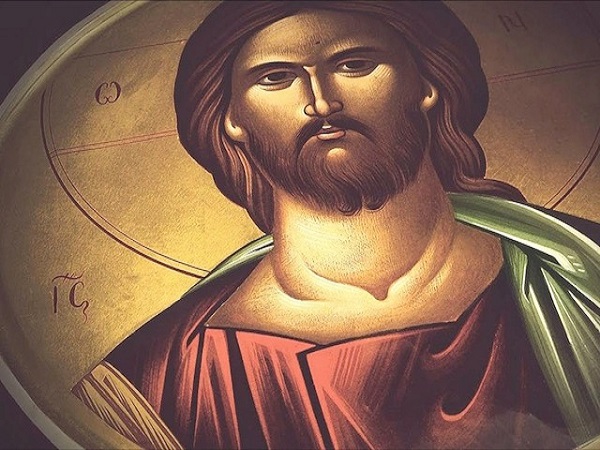 Abandon your sinful life, abandon earthly malice and pleasure-seeking. Deny your life, that is your egotism, and then you’ll be able to approach and understand the Gospel. ‘Those who love their life will lose it’, says the Lord, ‘but those who take no account of their life while this world lasts, will retain it eternally’. This is why the Gospel is closed to those who love themselves and are determined not to deny their egotism. They read it, but the word of life and of the Holy Spirit remains a veil impenetrable to their soul.

When the Lord was on earth, in his all-holy human body, many people saw him and, at the same time, didn’t see him. What good is it to people if they can see with their bodily eyes, as do all animals, but can’t see with the eyes of the soul, the mind and heart? There are today many people who read the Gospel, but are completely ignorant of its content, as if they’d never read it at all.

The Gospel can be read properly only with a clear mind and, as Saint Mark the Ascetic said, comprehension of it is commensurate to the efforts of the readers and how hard they work at the commandments. Exact and perfect knowledge of the Gospel can’t be acquired through our own efforts, however; that is a gift of Christ.

When the Holy Spirit abides in his true and faithful servants, he makes them perfect students, precise in the observation of the Gospel precepts.

The Gospel depicts the characteristics of the new human person, the Lord, who descended from heaven and is God ‘by nature’. His holy issue, people who believe in him and become like him, are made gods ‘by grace’.

You who are wallowing in the quagmire of sins and find pleasure in doing so, raise your heads and look at the clear sky. That’s where your place is. God places such value on you; he makes you gods. And you, rejecting the worth he’s assigned to you, lower yourselves to the ranks of the animals, and to the most unclean ones, at that. Bestir yourselves! Quit the filthy swamp. Wash yourselves in tears of repentance. Cleanse yourselves with confession. Adorn yourselves with contrition. Get up from the earth. Ascend into heaven. The Gospel will take you there. ‘While you have the light’, that is the Gospel in which Christ is concealed, ‘believe in the light so that you may become children of the light’.

* There is an interesting parallel with developments in post-exilic Judaism. In the synagogue, the sacred text was read by a member of the congregation, in Hebrew. It was then interpreted by a meturgeman, in Aramaic. This interpretation is known as a ‘targum’ and was an expansion of the sacred text. It is of particular interest that the interpreters often used ‘word’ (as well as ‘dwelling’ and ‘glory’) as a substitute for ‘the Lord’. It is therefore a matter of speculation whether the early Church’s understanding of the Old Testament and the language of the New Testament were perhaps influenced by these interpretations. For example Genesis 1, 1 says, in the sacred text: ‘In the beginning, God created the heavens and the earth’. The Targum Neofiti has ‘In the beginning, with wisdom, the Son of Yahweh created the heavens and the earth’. It is, of course, well-known that any church dedicated to ‘The Holy Wisdom of God’  (Ayia Sofia) is actually named for Christ.[WJL].