The Meaning of the Great Feast of the Transfiguration (2)

3. The spiritual perspective of the Transfiguration

Beyond being a historical event with the most profound theological significance, the Transfiguration is also projected as a proposal for an experience of life. This experience should not be associated solely with the person of the transfigured Lord, but rather references the personal life of us all. The divine experience is the fixed point of reference and model for us. It was precisely in this way, as a purely spiritual experience, that the Lord’s disciples and, thereafter, the whole of the people who were present at the miracle understood it as the continuation and consequence of the Transfiguration itself. 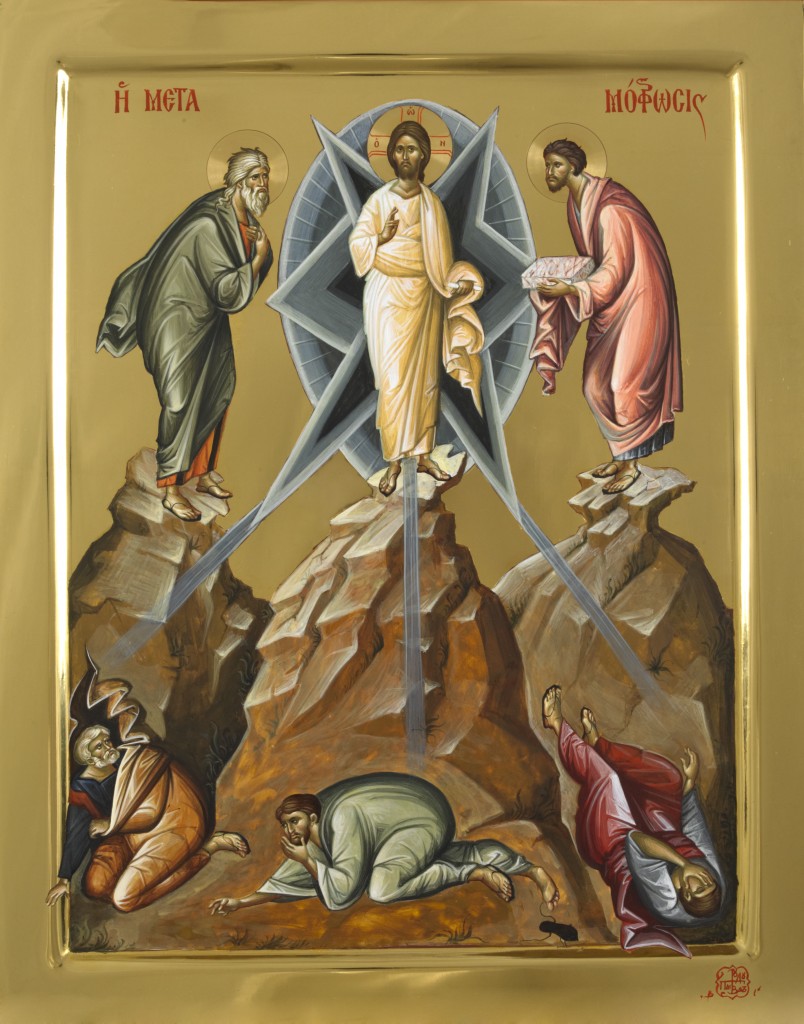 Through his Transfiguration, Christ showed the world his true face and the mystery of his presence. He’s not just a human person but also God. He took on created human nature, but at the Transfiguration his uncreated, divine effulgence and glory were made manifest. He appeared to the world as a human and a divine presence. His pre-eternal divine nature entered the world and was made human. The uncreated encountered and took on the created human and deified it. This is a primary and very profound aspect of the event of the Transfiguration.

The astounding experience of the Lord’s disciples is another consequence of the event. Nor was the experience fortuitous. The monumental impression and the sheer attraction were so great that they immediately expressed their desire that it should be long-lasting and accompany them all the days of their life. This is what is meant by them wanting to erect tabernacles and remain on Tabor, continuing to live the Transfiguration all the time. We can’t say for certain precisely what this experience was. Unfortunately the Evangelists don’t tell us what this sublime moment of the Lord’s Transfiguration meant for his disciples. What we do know, however, is that the initial impression it made on them was tremendous and that they began to enjoy the fruits of the last days even in their personal life here on earth.

So, in its spiritual dimension, the Transfiguration shouldn’t be interpreted and understood as an individual event which has to do solely with the person of Jesus. Nor is it limited and selective, as applying only to the three chosen disciples and the two apocalyptic figures from the past. It’s an event of universal significance. It starts with the Lord in the beginning, then includes the three disciples, extends to the twelve and thence to the whole world and the whole of creation. It follows, then, that we have the right to speak about our own transfiguration as people and that of world, of nature and created matter, about the transfiguration of the whole of creation, both material and spiritual.

4 The relationship between the Transfiguration and the miracle.

Saint Matthew links the fact of the Transfiguration to the miracle of a son who had seizures and suffered greatly. While the three disciples insisted on residing permanently on Tabor, essentially ‘privatizing’ the event of the Transfiguration, the transfigured Lord told then to get themselves down into the valley, where the other disciples and the people were. Down there they were all waiting not only to hear the Teacher preach, but also to enjoy the Taborian fruits of the Transfiguration.

We know from the Gospel narrative that, during the time of the Transfiguration, a father had brought his invalid son and that Christ’s disciples had tried to cure him, but to no avail. They were all at a loss as to how to proceed. Faith was inactive, the power of the disciples wasn’t effective and the miracle wasn’t accomplished. This was due to the ‘absence’ of the Lord, since ‘without him you can do nothing’. ‘Transfiguration’ isn’t a magic word but an active force of faith which accomplishes the miracle.