The Spirit of Lust

The second struggle we have to engage in is against the spirit of lust and bodily desire, which begins to bother people at an early age. This is a great and difficult struggle, that’s fought on two fronts. Because, whereas the other failings battle away within the soul, the war of the flesh is conducted in both the soul and the body. This is why we have to fight a double battle. Bodily fasting isn’t enough for us to acquire perfect restraint and true purity, unless it’s followed by a contrite heart, intense prayer to God, continuous study of the Scriptures, labour, and the works of our hands, all of which can repel the unruly impulses of the soul and can recall it from its lewd fantasies. The greatest help is humility of the soul, without which no-one can overcome lust or any other passion. First of all then, we have to guard our heart against impure thoughts. Because, as the Lord says, it’s from the heart that wicked thoughts of murder, adultery, fornication and so on proceed. 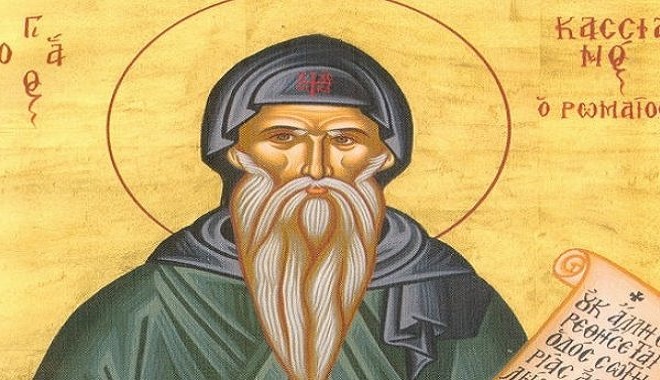 Fasting’s been ordained not only for the discipline of the body, but also for the attention and sobriety of the intellect, so that it won’t be darkened by gluttony and become unable to control its thoughts. So we shouldn’t focus all our attention on bodily fasting, but should also take care to control our thoughts and engage in spiritual study, without which it’s impossible to ascend to the heights of true purity and spotlessness. So, in accordance with the Lord’s commandment, we should first clean the inside of the cup or plate, so that the outside can also be made clean.

This is precisely why, if we have within us the will to fight fairly and to be crowned, when we defeat the impure spirit of fornication we shouldn’t have any confidence in our own power and asceticism, but only in the assistance of our Lord and God. Because we’ll never be free of attack from this spirit until we believe truly that we can be healed of this sickness and elevated to the heights of purity, not through our own efforts and exertions, but only through God’s help. And this is a matter beyond nature. In a sense, people who have brought into submission the rebellions of the flesh and its pleasures have transcended the body. This is why it’s impossible for us (if I might put it like this) to soar to the heights and the heavenly prize of purity on our own wings and imitate the angels unless the grace of God lifts us from the earth and the mud. Because there’s no other virtue which makes us, with our flesh, similar to the [bodiless] angels than that of mature restraint. According to Saint Paul, those who have this virtue are living in the state of heaven, even while they’re still on earth.

One sign that we’ve acquired this virtue is that we aren’t troubled in our dreams by any impure fantasy. This isn’t considered a sin, but it’s an indication that the soul is sick and hasn’t been liberated from the passion of the flesh. So if we’re troubled by impure thoughts in our sleep we should realize that it’s a result of our previous lack of control and our sickness, since the illness hidden within the depths of our soul is revealed by the dreams we have while sleeping. This is why the Doctor of our souls gave us the medicine for the innermost part of it: if a man looks lustfully at a woman, he’s already committed adultery in his heart. He isn’t correcting the curious and lustful eyes, but rather the soul which resides in us and which abuses the eyes given us by God for our own good. This is why Proverbs tells us not to guard our eyes at all costs, but to guard our heart. In other words, the Lord placed the cure (watchfulness) in the heart which controls the eyes as it wishes.

So let this be the garrison and protector of our hearts: when we think of a woman with the desire that has arisen from the wickedness of the devil, whoever she may be, let us cast it out from our heart, in case the devil causes us to slide down towards the precipice of disgusting and harmful thoughts. But the commandment given by God to Adam and Eve was that they should shatter the head of the serpent, that is, the author of harmful thoughts, through which he hopes to slither into our soul. Otherwise, if we accept the head, which is the beginning of these thoughts, we’ll also welcome the rest of the body of the serpent, which is our surrender to pleasure and this will drag our minds down into immoral actions. But Scripture tells us that every morning we are to destroy all the sinners on the earth, which means that, with the light of knowledge, we should discern our sinful thoughts and annihilate them from the earth, which is our heart, according to the teaching of the Lord. And while the children of Babylon, that is wicked thoughts, are still in their infancy, let us cast them to the ground and beat them against a rock (the rock being Christ). Because if these infant thoughts grow to become adults, through our own acquiescence, then they won’t be overcome except with much sighing and effort.

After what we’ve said from Holy Scripture, it would be good also to recall the words of the Holy Fathers. Saint Basil the Great, Bishop of Caesarea in Cappadocia said: ‘I’ve never known a woman and I’m not a virgin’. He knew very well that the gift of virginity isn’t merely refraining from being with a woman, but is achieved with the sanctification of the soul and with purity, which we acquire through the fear of God. The Fathers also say that we can’t acquire the virtue of purity perfectly unless we first achieve true humility in our hearts. Nor can we be judged worthy of acquiring true knowledge of God if the passion of lust has become entrenched within the hidden depths of our soul. We’ll demonstrate from Saint Paul how great an achievement chastity is, by referring to just one of his phrases, and then we’ll conclude. ‘Pursue peace with everyone and the holiness without which no one will see the Lord’ [Heb. 12, 14]. When he talks about the matter we’re dealing with here, he says, immediately afterwards: ‘Lest there be any fornicator, or profane person, such as Esau, who sold his birthright. for a single meal’ [Heb. 12, 16]. So the more heavenly and angelic the acquisition of sanctity, the more it’s attacked by the enemy demons with their deviousness and guile. This is why we should have not only continence but contrition and intense prayers and sighing, so that the furnace of our flesh, which the king of Babylon ignites every day by stimulating our desire, may be quenched by the dew of the Holy Spirit.

Apart from this, the greatest weapon for this war is to keep vigil with God. Because, just as mindfulness and protection during the day prepares our sanctity during the night, a night-time vigil with God prepares and enables the soul for the purity of the day.