Translation of the Relics of Saint Stephen the Protomartyr 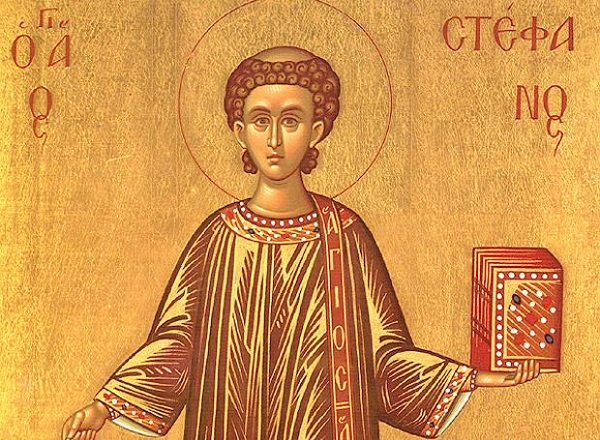 When the Jews slew St. Stephen by stoning, they left his body for the dogs to consume. However, God’s providence intended otherwise. The martyr’s body lay in an open place at the foothill of the city for one night and two days. The second night Gamaliel, Paul’s teacher and secretly a disciple of Christ, came and removed the body, taking it to Caphargamala, and buried it there in a cave on his own land. Gamaliel later buried his friend Nicodemus, who died weeping over the grave of Stephen, in the same cave. Gamaliel also buried his godson Abibus there; and, according to his own will, he himself was buried there also. Many centuries passed, until no one living knew where the body of St. Stephen was buried. Then, in the year 415, during the reign of Patriarch John of Jerusalem, Gamaliel appeared thrice in dreams to Lucian, the priest at Caphargamala. Gamaliel related everything concerning the burial of himself, Stephen, and the others, showing him the exact spot of their forgotten grave. Affected by this dream, Lucian informed the patriarch, and, with his blessing, went with a group of men and exhumed the four. Gamaliel had already told him in the dream whose grave was which. A strong, sweet-smelling fragrance, emanating from the relics of the saints, permeated the entire cave. The relics of St. Stephen were then solemnly translated to Zion, and were honorably buried there. The relics of the remaining three were placed in a church, located on the hill above the cave. Many healings of the sick were occasioned by the relics of St. Stephen. Later on, St. Stephen’s relics were translated to Constantinople. Thus the Lord crowned with much glory him who shed his blood for His name.