At its historical core, the narrative has the experience of the danger Jesus’ disciples once felt on a stormy sea and the way in which the presence of their teacher saved them. The event took place immediately after the miraculous feeding of the five thousand, which is the subject of the Gospel reading on the previous Sunday. Apart from the actual experience, which shook the disciples emotionally, the Evangelists preserved the event because they saw in it a more profound meaning for the Church.

The crowd which had witnessed the multiplication of the loaves was in a frenzy of messianic enthusiasm, believing that the moment had arrived when their needs would be met. Jesus knew that this fervor could mean the failure of his spiritual mission, so he sent the disciples and the captain of the ship to make their way to the other side of Lake Gennesaret while he himself withdrew to the mountain to pray. When he realized that his disciples were in danger from a headwind and the inclement weather conditions, however, he appeared before them and said: ‘Take heart, it’s me. Don’t be afraid’. This encouraging message certainly made a big impression on the frightened disciples. And if they recorded it, this was because they saw in his words a promise on Christ’s part to the ship of his Church. 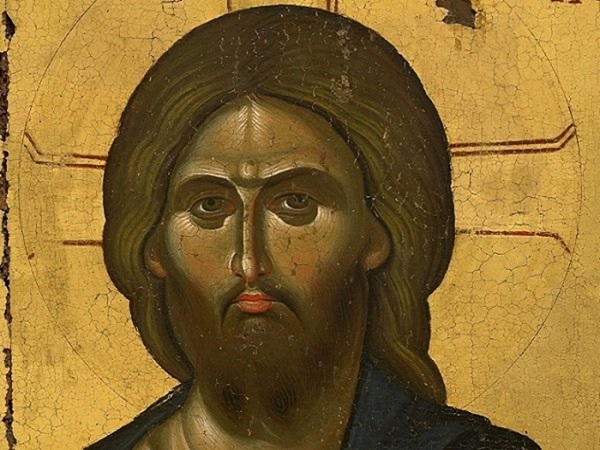 In truth, how many storms and how many headwinds has the Church encountered over the course of its history so far? When there’s a lack of faith and trust in its head, then it’s in danger of sinking in the billows of compromises, retreats, and betrayal. The episode with Peter, the always spontaneous and impulsive, though sometimes less than steady disciple demonstrates precisely this. As long as he looked to Christ in trust, he was able to walk on the sea; but when he became afraid of the wind and the likely danger- reasonably and justifiably- he began to sink. In other words, the less you’re aware of the Lord’s presence and the more you doubt his power, the more you’re susceptible to fear and danger. But if you turn to God you’re assured of help. When Peter cried ‘Lord, save me’, he was immediately provided with aid. There’s no room for trials and experiments in matters of the faith. There’s no need to walk on the water in order to believe in Christ, but if you do, in fact, truly believe, you can walk boldly on the troubled waters of life without sinking and perishing. He who is the provider of nourishment, who satisfies us with the bread of life, is also Lord over death.

With its reference to this experience of the disciples, especially that of Peter, the narrative underlines the following truth: trust in the head of our faith is a necessary requirement for those in the ship of the Church which is sailing through the storms of the world. Those who are buffeted by the winds and allow themselves to be exposed to them are in danger of sinking. But they should know that, at the cry, ‘Lord, save me’, the Son of God, the vanquisher of the opposing forces, will arrive.

When, in the extract, the Lord says: ‘Take heart, it’s me. Don’t be afraid’, we should recognize this as an express promise on the part of Jesus to the members of his Church that, in the tribulations of life, the persecutions, the sorrows, the headwinds and the various other hindrances, he’ll be at their side. As, indeed he confirmed with his declaration at the end of the Gospel of Saint Matthew: ‘Behold, I am with you always, until the end of the age’.