Saint Silouan and the Quest for God

a) The boundless love of the Triune Trinity for the whole of humankind is always revealed, even if it’s doubted and not easy to see. The Fathers teach that God’s creative, providential and cohesive energy radiates throughout the whole world and all creation. And His sanctifying and deifying energy is poured out bountifully in the Church through the sacraments.

b) These days, despite the upsurge in social evil and increased alienation, new saints have been recognized, charismatic Elders have emerged and there’s an opportunity for re-evangelization and for revival of God’s gifts. Many saints were canonized in the Orthodox Church in the 20th century and, through their example and writings, they contributed to the renaissance of ecclesiastical life. Among these was Saint Silouan the Athonite, a Russian by birth. 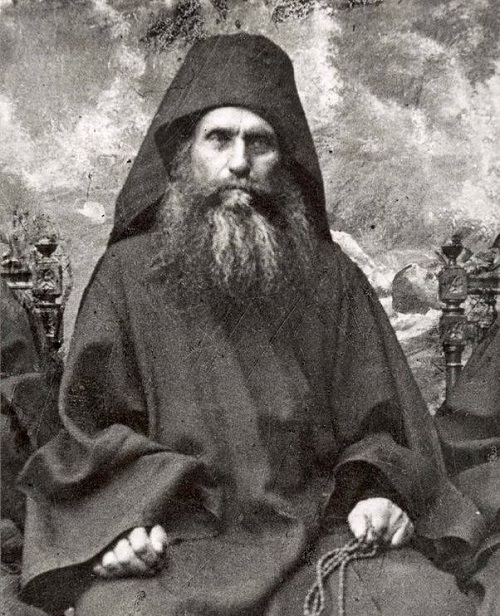 c) He was an outstanding personality who devoted himself entirely to the empirical quest for God. When he was four years old, doubt about God’s existence was planted in his heart by an itinerant book-salesman whom the saint’s father had welcomed into his home. According to his biographer, Elder Sophrony, at that moment he thought to himself: ‘When I grow up I’ll travel all over the world in search of God.

d) At the age of nineteen, while he was employed in a workshop as a carpenter, he received the answer he’d been looking for. The workshop cook, who had just returned from a pilgrimage to the grave of the recluse, Ioan Sezenovskij, told his fellow-workers about the miracles Ioan had performed. Some of the workers confirmed what the cook had told them. Symeon (as he then was) thought: ‘If this man’s a saint, then God is with us and I don’t need to travel the world in search of Him’.

e) At this thought, his heart burned with the love of God. His joy at the rediscovery of his faith was very great, because he’d doubted for fifteen years. He was impressed by the lives of the saints but still lived a secular life. In the end, his restless soul took him to Athos where he devoted himself intensely to the ascetic life and prayer of the heart. He wrestled with temptations, but after being visited by divine Grace and experiencing the uncreated light, he proved to be the victor. He experienced the pain of the withdrawal of grace, but also the sweetness of divine visitation.

f) When Saint Silouan asked God to show him the path to humility, he received the answer: ‘Keep your mind in hell and don’t despair’. His obedience in the monastery of Saint Panteleimon was that of steward. He was in charge of some two hundred workers. He wearied of this and withdrew into solitude, but when he returned, it brought him to unceasing prayer for all the ordinary people of God, the whole of humanity, ‘all Adam’.

g) Prayer ‘for the whole world’ and love for one’s enemies were the central tenets of his teaching. At the same time, he wrote: ‘By nature we’re as frail as wild flowers. Everybody loves them, but they trample them underfoot. Sometimes we’re being honoured, sometimes we’re dishonoured. But those who love God thank Him for all their sorrows and remain calm in both honour and in wretchedness’. The spiritual radiance of Saint Silouan is reflected in the writings of Elder Sophrony, which constitute an important legacy for the Church.