Should a wife ‘fear’ her husband?

Even though it’s been answered a thousand times, the question is often posed as to why Saint Paul is so ‘provocative’ in his letter to the Ephesians, which is read at the marriage service. He says: ‘and let the wife fear her husband’ and that she should regard him as her ‘head’. Is it really possible, in this day and age, that relations between a married couple should be understood in terms of fear and subservience? The answer, of course, is simple and is one which we believe no well-intentioned person would doubt, especially when the same epistle reading promotes the relationship between the couple as being equal and reciprocal. 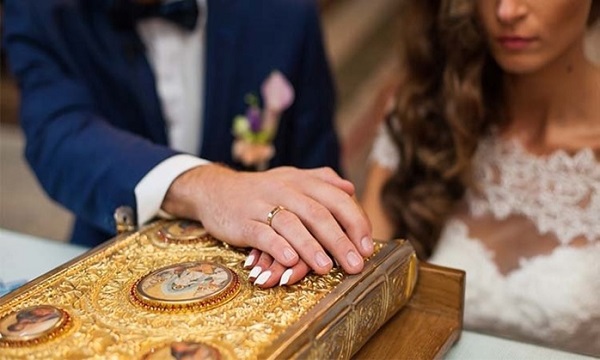 In the first place, ‘fear’, which is what we’re talking about, isn’t to be understood in its modern sense, as ‘terror or turmoil in the face of the unknown and of danger’. It means the respect the woman should have for her husband (one meaning of ‘to fear’ is ‘to revere’), respect which is fostered, according to Saint Paul, by the boundless love of the husband for his wife. Even a superficial glance at the reading shows that for the most part it’s concerned with the attitude of the husband towards his wife, whom he is told to regard not as something different and independent of himself, but as a ‘piece’ of himself, as his own self, his own body, just as Adam expressed his awe to the Creator when the latter brought him his wife: ‘This is bone of my bones and flesh of my flesh’. The Lord himself later interpreted this reality when he said: ‘they are not two people, but one person’; and ‘no longer are you two, but one flesh’. Saint Paul says that, given this attitude of amazement and love on the part of the husband towards her, the wife should regard him with respect and awe.

On the other hand, the primacy which seems to be assigned by Saint Paul to the husband- since he calls him the head of the wife- is to be understood as primacy in service and love, not in authority. This is because, as the apostle explains, the symbol of the relationship between husband and wife is that of Christ and the Church: ‘This is a profound mystery- but I am talking about Christ and the Church’. Just as Christ is the Head of the Church because he sacrificed himself for it, so the husband is- or is called upon to be- the head of the wife. He should therefore be first in sacrificing himself for her. Saint John Chrysostom has this to say on the subject: ‘Do you want your wife to obey you, husband, as the Church obeys Christ? Then look after her as Christ looks after the Church. Whether this means giving your soul for your wife, or being wounded a thousands of times, or being patient and suffering whatever might befall you, don’t avoid it. And even if you do suffer all this, it’s still not anything like what Christ did’ (Homily XX on the Epistle to the Ephesians).

Without this understanding, things become distorted and are misunderstood. And these misunderstandings are often adopted deliberately, merely to sow discord.