Abba Timotheos the elder said to Abba Pimin, ‘There’s a woman in Egypt who’s a harlot and she gives away the money she earns as alms’.

The elder observed, ‘She won’t stay a harlot for long. It seems she has the seed of faith within her’. Shortly afterwards, the mother of Abba Timotheos visited him and he asked her, ‘Is that woman still plying her trade as a harlot?’. ‘Yes’, she answered. ‘In fact, she’s increased her number of lovers. But then, she’s also increased her alms-giving’. 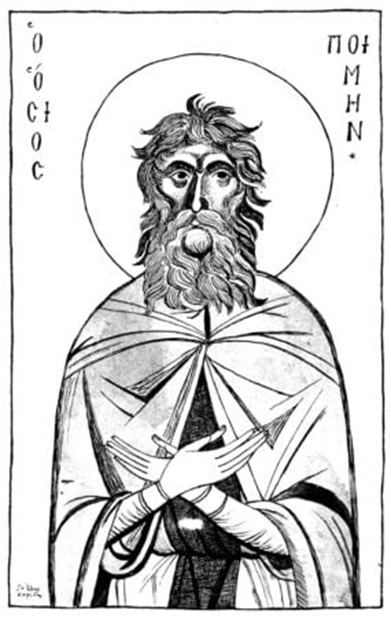 Not long after this, Abba Timotheos’ mother came back to him and said, ‘You know, that harlot wanted to come and see you so you could read a prayer for her’.

As soon as he heard this, Abba Timotheos told Abba Pimin who advised him, ‘It would be better for you to go to her’. So he got up and went.

When she saw him and heard the word of God from his mouth, she was filled with contrition, wept and told him, ‘As of today, I’m dedicating myself to God and I won’t fall back into prostitution.’

So she left and entered a monastery, where she lived a life pleasing to God.