Upon hearing the Greek axioms “Molon Lave” (“Come and take them”) and “Oxi” (“No”), every proud Greek is awestruck. He is filled with pride. He admires. He praises his predecessors. He kneels and shows them the honour they deserve.

Anyone who studies the two phrases of “Come and take them” and “No”, they see the boldness of these words. In both cases, the enemy outnumbered the Greeks. Logically, the Greek army should not have been victorious. And yet, they won in both situations. 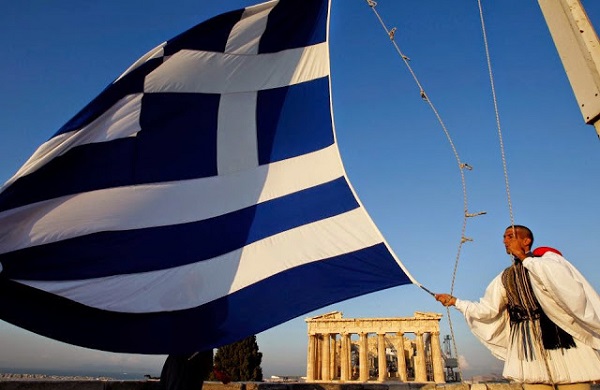 Although we honour “Oxi Day”, we neither live in Greece nor do we live in 1940. We live in Canada. It is common knowledge that Canada is, if not the best country in the world, amongst the best in the world. Why, then, should we celebrate the sentiments of “Molon Lave” and “Oxi”?

The meaning is great and the benefit is invaluable. We said the “Molon Lave” and the “Oxi”, because we would lose our country. Now, we should not only say these words, but we should shout them. Why? Because we are in danger of losing our Hellenism and our Orthodox spirit. The enemy is not just one. There are many enemies. It is a society that has almost nothing remaining in terms of Hellenism and Orthodoxy. We have the internet, which has besieged our youth and is ruining everything ethical in the souls of our kids and youth.

Only when everyone says a new “No” will the feast of “Molon Lave” and “Oxi” have any meaning. No to anti-Hellenism. No to the erosion and losing of our Orthodox faith. No, even, to compromise. Compromise is the beginning of defeat. Of destruction.

Greek Orthodox Christians of Canada: celebrate the “Molon Lave” and “Oxi” by insisting on Greek filotimo. Living your Orthodox faith. Protecting your children from all types of dangers. Building churches, schools, old age homes, camp sites, and all types of institutions that cultivate the Greek Orthodox culture. Celebrate this feast by expressing your thanksgiving and sense of awe for our fore-bearers. Praising the Thrice-Holy God, Who gave us such amazing fore-bearers, and Who also blessed us to be able to live in this wonderful country of Canada. Run to your churches. Chant the Doxology all together. Sing the national anthems of Canada and Greece with pride. Continue the honourable struggle. Instill in the hearts of your children the Hellenic and Orthodox phronema.