How to Resist Evil

‘Elder, sometimes temptations come one on top of the other and I can’t resist’.

‘The only way to avoid temptations is to make a pact with the devil. Why are you laughing? You don’t like that solution? Let me explain. When we strive, we’re going to have difficulties and temptations. The harder you try to avoid temptations, the more the devil will oppose you. But sometimes, if we use them properly, temptations are an opportunity to make our un-Gospel-like lives more “evangelical”’. 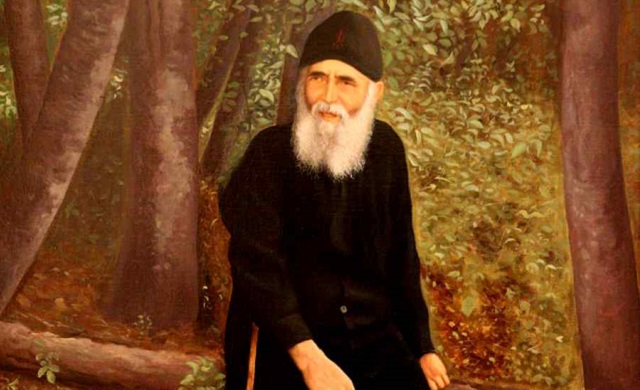 ‘Does the devil declare war on people who pay careful attention to themselves?’

To beginners he sends a beginner devil. People who are delicate souls, who feel bound by honor, who are very sensitive, should be very careful, because the devil sticks his tail in and makes them more sensitive, so that they become despondent and even –God forbid- may commit suicide. The devil makes us go against other people and quarrel with them, but he himself is never contrary.

He makes negligent people more negligent. He comforts them with negative thoughts: “You’ve got a headache, you don’t feel well? It doesn’t matter if you don’t get up to pray”. He makes the pious more pious, in order to make them proud. Or he pushes them to strive beyond their powers, so that they become exhausted and, where once they strove boldly, they then lay down their spiritual weapons and surrender. Hard-hearted people he makes even harder-hearted; and the sensitive he makes hypersensitive.

And you see how many people- some have a particular sensitivity or have had their nerves shattered- are troubled by not being able to get to sleep and take pills, or are tormented and waste away in hospitals. It’s rare to see a balanced person. People have become batteries. Most of them seem to run on electricity. Those who’ve sinned and not confessed are subject to demonic attacks. They have a demonic magnetism, because the devil has authority over them. Few people, young men and women, or the elderly, have a serene look about them. Demonic possession. Do you know what that is? Not being able to communicate with people.

I said to some doctors, about the anesthesia they use for their operations: “The anesthesia of temptation has bad repercussions, but what you use helps”. The anesthesia of the devil is like the venom of a snake that they use on birds or little rabbits in order to paralyze and then swallow them while they’re knocked out. When the devil wants to make war against someone, he first sends a little devil as “anesthetist”, to knock the person out and then comes after them with an axe and does whatever he wants’.