Allow me not to return to the past, but to dwell rather on what may prove useful and beneficial in the future.According to the teachings of the holy Fathers, every impression, every image, every thought that comes into the region of our heart and fills it with great turbulence certainly comes from the realm of the passions. This is why we shouldn’t follow the impulses of our heart immediately, but only after careful self-examination and intense prayer. God preserve us from a blinded heart. Because it’s common knowledge that the passions blind the heart and darken the bright sun of the mind, the sun on which we should all fix our gaze earnestly, at all times. 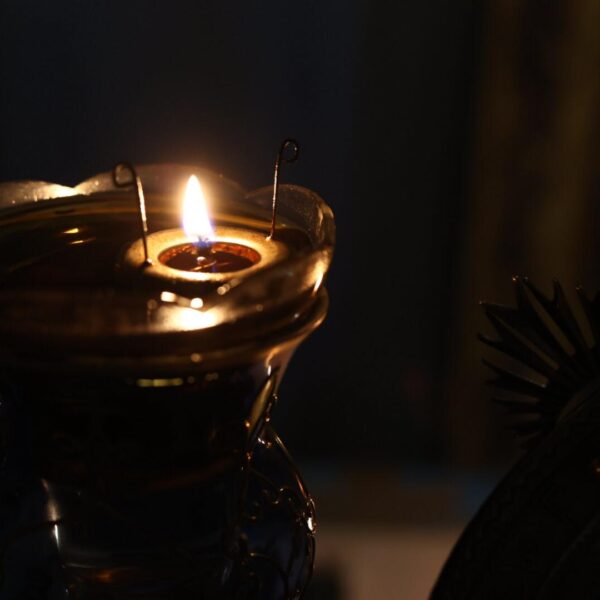 Finally, the endless night has passed. In your heart, the sun shines effulgently and in your mind the air is sweet and clean. Sweeter and cleaner than ever before. Thank God. The intervention of his grace is obvious. But from one point of view, your present state is also the fruit of your bitter trials. As Saint Mark the Ascetic says, behind voluntary sorrows lies concealed the mercy of God.

Be careful, though, because this intense inclination towards prayer that you have now is also a trial- from the right. If you allow yourself to wallow in the enjoyment, in self-satisfaction, then a cloud of spiritual darkness, deeper than the previous one, will envelop you. On the path we tread, this is inevitable: satisfaction with a spiritual attainment leads us imperceptibly- but quickly and surely- into the snares of the great trap which is called conceit. That’s when we’re humbled once and for all. And rightly so. Because we’ll have shown ourselves unworthy to receive with humble gratitude the grace which God generously sent us in abundance.

Conceit is rooted out effectively through humiliations and abasements. Until this happens the structure of the virtues which we’ve supposedly been building, sometimes with great effort, in fact has its foundations in sand. It takes many years and needs a lot of effort for the structure to be built on rock, where the art of prayer will flourish in stability and security.

The struggle for spiritual progress isn’t able to bring the soul to the verdant meadow of joy and consolation and leave it there permanently. Inevitably, sooner or later, it’ll also lead it to the way of the cross. Because it’s by taking up our cross, the cross of sorrows and temptations, that we’re taught patience and submission to the will of God. One of the saints says that, through every sorrow, the inclination of our soul is checked, be it to the right or the left. In this way we can trace our  hidden, cunning desires and beat them down. In this way, every sorrow seems like negotiating a bargain: those who know how to deal make a big profit; those who don’t incur large losses.

So you should be very well aware from now on that spiritual consolations are always accompanied by a spiritual Golgotha.