Returning the Feast of Christmas: the Incarnation of the Word as Revelation of God

On 31 December our holy Church celebrates returning the feast of the nativity of our Savior Jesus. If we look at the synaxari for 25 December, it reads ‘On the 25th of this month of December, the birth in the flesh of our Lord and God and Savior, Jesus Christ.

What is worth noting in this passage is that it deals with the birth in the flesh of Christ. In other words, there’s no mention of a date of birth of the founder of some religion, as was the case in pagan/idolatrous worship. Instead, it declares the unique and unparalleled event of the incarnation of the Son and Word of God, concerning which Saint John the Evangelist proclaims that: ‘The Word became flesh and dwelt among us’ (Jn. 1, 14). 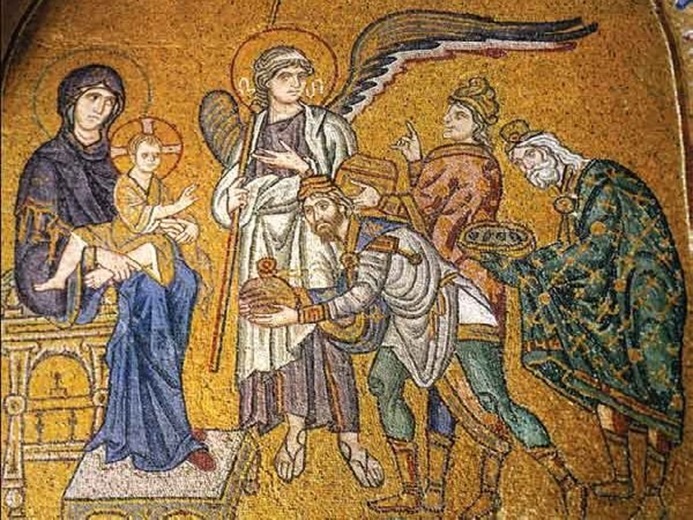 Continuing his narrative, Saint John notes in the prologue to his Gospel (Jn. 1, 1-18) that: ‘No one has seen God at any time. The only begotten Son, who is in the bosom of the Father, he has declared him’. Saint John explains that God, who is invisible and beyond conception, was revealed in the person of Jesus Christ.

The revelation of God is the foundation stone on which the entirety of Holy Scriptures sits and rests: both Old and New Testaments. This is a unique fact which makes the monotheistic religion of the one true God different from any other. The revelation of God is a historic and tangible event, not, of course, that it is complete in itself nor sufficient for the teaching of the one founder. On the contrary it evolved over a long period of time, from the creation of the universe to the advent and birth in the flesh of Christ the Messiah, the incarnate Son and Word of God.

In Holy Scripture, the revelation of God is effected in two ways: a) through natural revelation, that is through the order, harmony and beauty of the natural world, a situation which is addressed in the book of Psalms, ‘The heavens declare the glory of God and the firmament manifests his handiwork’; and b) through supernatural revelation. Initially the latter was effected indirectly through signs and visions (Hos. 12, 11), as was the case with the prophets of the Old Testament. Then came the direct revelation and manifestation of God in the New Testament in the person of our Lord and Savior Jesus Christ, who is both God and human. These were supernatural events, concerning which Saint John the Evangelist says: ‘we beheld his glory, the glory as of the only-begotten son of the father, full of grace and truth’ (Jn. 1, 14).

This revelation is not merely that of the Son and Word of God, that is, of one of the three Persons of the Holy Trinity, but a revelation to us of the three divine hypostases, that is, of the Triune God. The mystery of the Holy Trinity is the supreme mystery of the divine revelation. It is the essence of divine truth, which revealed the incarnate Son and Word of God. This mystery was revealed in the River Jordan at the time of the Lord’s baptism (Matth. 3, 16-17) and is implicit in the words of the Lord to his disciples after the Resurrection: ‘Go therefore and make disciples of all the nations, baptizing them in the name of the Father and the Son and the Holy Spirit’ (Matth. 28, 19).

The incarnation of the Son and Word is the recapitulation and pinnacle of the revelations of God and is concentrated on Jesus Christ as God and human person. According to Saint Gregory the Theologian, the birth of Christ is the manifestation of God himself, as he notes in his discourse on the feast of the Holy Theophany of the Savior: ‘for God appeared through incarnation’.

According to Athanasios the Great, the incarnation of the Son and Word of God aimed at the elevation of humankind from non-existence into existence. This Alexandrine father of the Church wants to show in this way that the self-emptying of the Word and the assumption of human nature constitutes a decisive intervention by God into humankind in order to cure, renew and glorify us fallen people: ‘He became human so that we might become gods’.

A prerequisite for the incarnation of the Word is God’s goodness and his love for us, which aims at our salvation. So the author of the Salutations to Our Most Holy Lady the Mother of God remarks most fittingly that the Son and Word of God became human in order to save the world: ‘Wishing to save the world the Designer of all things, came into it of his own free choice’ (Ikos 6).