The Birth of Christ: Historical and Theological Facts and how they have sometimes been Distorted

The Person of Christ at the center of detractions
For Christians, the historicity of Christ is self-evident, as, indeed, it is for all people of good will. According to the very clear testimony of Holy Scripture, Jesus was a historical personage who was born in Bethlehem in Judah, during the reign of Caesar Augustus. He taught the people, performed miracles, was crucified under Pontius Pilate and rose on the third day. Besides, scientific enquiry has confirmed a good many- though not, of course, all- of the facts concerning the historical life of Jesus, as these are known to us from the Gospels.

Nevertheless, milieux hostile to Christianity, whether ‘scientific’ or ideologically- charged have, from time to time disparaged the historicity of Christ and have deployed ‘scientific’ arguments to support their doubts. The promotion of these doubts by news and print media usually intensifies as the great fest of Christmas approaches, in an effort to make the wider public believe that the events being celebrated by the Church are a myth and lack any historical foundation. 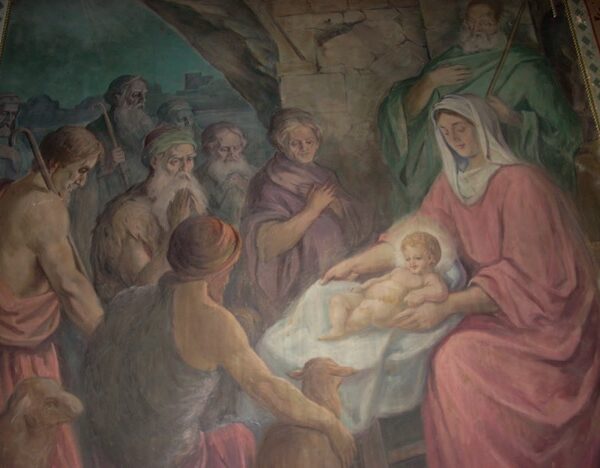 At the same time, other ideological settings project the peculiar notion that the historicity of Christ isn’t necessary for an understanding of the essence of the Christian faith. There are people, in other words, who claim that Christ wasn’t a historical (i.e. real) person, but is rather an idea or a state to which we’re all called to attain (the much-lauded ‘Christ-like state’ of New Age devotees). Such views are promoted by modern philosophical trends, by groups and organizations of Eastern religions and by the New Age movement. The absence of real Orthodox catechism has resulted in such notions being spread widely and becoming accepted even by Christians. It was within this context, where the historical facts contained in the Gospels are understood as allegories and symbols, that the arbitrary nature of this kind of interpretation of Holy Scripture (that is, interpreting it in any way you want, attributing to it the most weird and contradictory notions) reached its culmination. So it was that, in modern times, the German philosopher Hegel (1770-1831) claimed that what is important isn’t the historical person of Christ, but the idea associated with it. As regards history, believe what you will; what’s important is the idea. Schelling (1775-1854) believed the same thing, while pupils of Hegel and philosophers in their own right such as Schopenhauer (1788-1860), Bruno Bauer (1809-1882) et al. more obviously doubted the historicity of Christ or interpreted it symbolically. Unfortunately, well-known Protestant theologians such as Bultmann (1884-1976) promoted the need for the ‘demythification’ of the Gospels and the New Testament in general and introduced the distinction, among other things, between ‘the historical Jesus’ and ‘the Jesus of faith’.

Finally, since every stage in the life of Christ is of theological significance, heresies which are usually of Protestant provenance cast doubt on the meaning of Christian feasts. Jehovah’s Witnesses, for example, claim that feasts in general, especially that of the Lord’s Nativity are not what they seem to be and are of pagan, non-Christian origin and, indeed, are often accompanied by licentious practices and activities such as wine-drinking, drunkenness and fornication. They stress that feasts aren’t mentioned in Holy Scripture except with the negative connotations of someone being put to death, such as when Saint John the Baptists was killed on Herod’s birthday. As for Christmas, they make the argument that the Lord wasn’t born on December 25 so there is no sense in celebrating on that date, which, in any case, was linked to the worship of the sun in former times.

[…] Here we shall concentrate our attention on the importance of the historicity of the Lord for the Christian faith, as this is presented in the New Testament, and, in particular we shall focus on certain historical and theological matters associated with the Birth of Christ.