I was once part of a group of pilgrims and we were talking to a great Elder, Saint Sophrony in Essex, who asked us which we thought was the greatest virtue.

One said: ‘The virtue of love’. ‘No’, replied the Elder. ‘Although it’s the first and great commandment from God himself to us, it’s not the greatest virtue. Even love itself, which is rightly held to be the  crown, since God is love, is just a caricature of a kind of egotism unless we have what I asked about’.

‘Then perhaps faith’, the same person said. ‘Not that, either’, said the Elder, smiling kindly. ‘Because if you think about it, even faith can be an “attribute” of the devil. Scripture tells us that the demons also believe. So faith isn’t the right answer’. 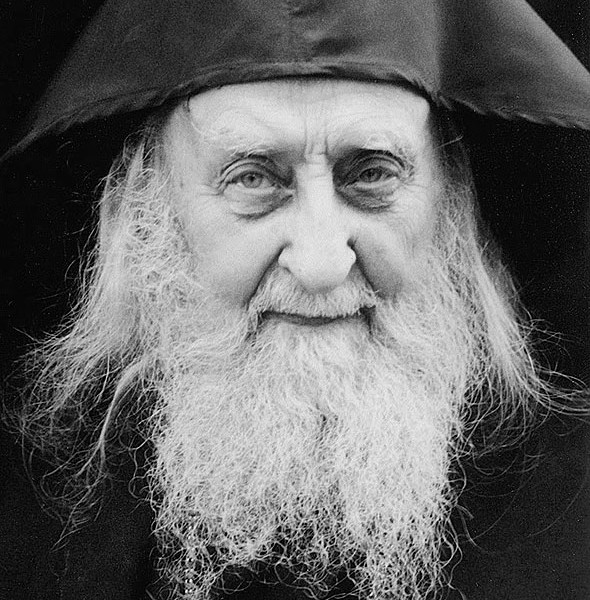 ‘Discernment’, someone else hastened to add. ‘That’s not completely right, either. That the Fathers place great stress on discernment as the greatest of the virtues is certainly true. But they speak of something else as a base from which we can achieve discernment’.

‘Patience, perhaps’, said another member of the group. ‘No, that’s not the greatest virtue. Patience is certainly the material from which all the virtues are woven, but, in the end, something else is the peak’.

We gave up and then this great figure, who was well-versed in the Spirit, gave us the answer, which we had all begun to suspect. ‘The greatest virtue’, he continued, modestly asking our forgiveness for acting as a teacher, ‘is humility. You see, the Lord himself confirmed with his own irrefutable words that when we carry out all God’s commandments we should say that we’re worthless, wretched servants of God and we did no more than was expected of us: So you also, when you have done everything you were told to do, should say, “We are unworthy servants; we have only done our duty” [Luke 17, 10]. So we do everything we should, we really are under obedience to him, we observe all his commandments, but in the end we’re nothing. Didn’t Saint John the Theologian portray us exactly as this in the moving words he recorded in the Spirit in his Gospel: “Without me you can do nothing”?

We can acquire all the virtues, but this is accomplished thanks to the Lord’s grace and power. Therefore, behind all this there’s humility. This is why it’s the only reality which draws down the grace of God in abundance. “God gives grace to the humble”.

Humility is the magnet which attracts the presence of God. Wherever we see someone who has great gifts from God, we know that their hidden effort is precisely their struggle for humility’.

Elsewhere (pgdorbas.blogspot.com), Fr. George has this to say on the same subject:

Whatever we do from a spiritual point of view, on the one hand we always do with the assistance of God’s grace; and, on the other, we do it to retain that grace. Our position is always that of a servant, that of someone who owes a debt. We are the ones who have need of God. We are the ones who are dependent on him. Humility is the permanent attitude which on its own can justify us before God.

And what does God our Father do? Seeing this humble attitude of ours, which corresponds to his own- our God is love and humility- he gives us everything: he blesses us richly and, while we ourselves feel useless and dirty, that the only thing we deserve is to be banished by God, he raises us up and makes us as he is. As Saint John of the Ladder puts it: ‘Those who consider themselves indebted servants will suddenly receive unhoped for spiritual riches from God’ (Discourse 21, 25).

Saint Anthony the Great once fell into such a temptation. He believed that his ascetic struggles had elevated him to the heights of sanctity. God soon let him know: the cobbler in the village was greater than him. This is precisely what kept him humble.