The Simplicity of the Cave

The essence of  Christmas is God’s love, the compliant nature of divine love, God’s sacrifice, the riches of God’s loving condescension towards us.

‘God’ does not mean some indifferent ruler sitting high up in the clouds, as some ancient people depicted him, but means him who comes to us, close to us, wraps us in his embrace, sets us on his shoulders. He comes to redeem lost people, to bring them close to him, to place them in a new life, to make for them a new state of grace, love and unity with himself. 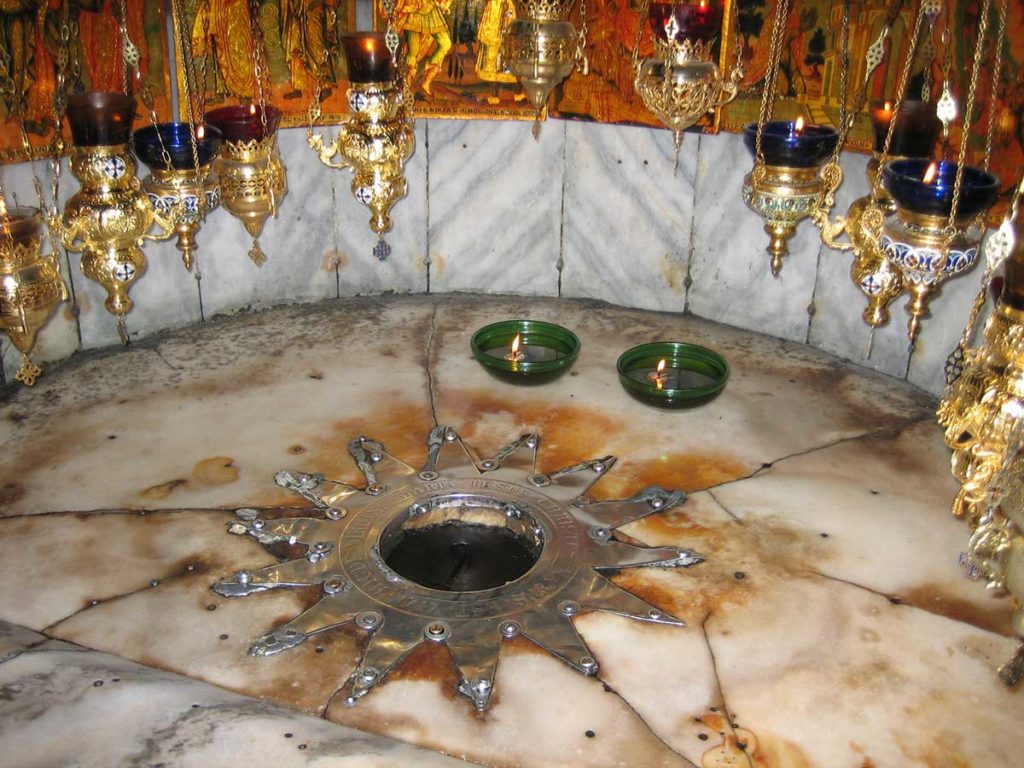 This is the great issue for us, not all the other things with which we concern ourselves. This is where the essence is, this is where everything is. God humbles himself and consents to dwell for a time in a cave and a manger, in order to unite with us, to elevate us to something better. We stress this today, because the Gospel and the hymns of the Church emphasize that this is the good news, the unique message to humankind: that we may feel God’s love.

As people, we’re attached and bound to many things, many idols. We may say that we don’t bow down to idols, but in reality we worship, with boundless devotion, a variety of idols: the flesh, our ego, our money. We have so many religions. But the thing is that they’re camouflaged and, because we’re cunning sort of people, we don’t admit that we’re idolaters, though in practice we act as such. We worship our comforts, our conventions, our petty foibles, relativism and looking after number one. These are the bastions we have well-defended within us and we usually have no intention of abandoning them, even though we may apply a layer of piety to the surface and some conventional religiosity.

This great feast is here to tell us, through the moving simplicity of the cave, that in the new creation, in the new religion which is called Christianity, there’s no room for any conventions or any relativism of models. If you want to enter the cave, you’ll need a pure heart. The path of purity of the soul and intentions is the one which leads us to Bethlehem. And once there, only those who are robust, strong and sincere enough to cast off the worship of the ego and of money will be able to gaze upon the Infant. They’ll be able to understand the meaning of the faith and of our existence as people, the meaning of life in the final analysis, which depends on the breath of God.

The soul can’t be governed by so many false and dubious idols. Just as our eyes are made to be aware of light, our eyes to hear sound and our noses to breathe in oxygen, so our soul is made to feel God. There’s no other point in having a soul, since it can’t be satisfied with earthly, relative and often squalid things. But it has to enter the atmosphere of God’s love sincerely. It has to imbibe the great event of God’s loving condescension, his absolute love, which is a sacrifice and  which is shown to us today with the incarnation of the Son of God […].

Our life on this planet cannot progress properly, in its real orbit, unless it enters this sphere of the mystery of God, who became incarnate and soon will be crucified. The mystery which begins in Bethlehem culminates on Golgotha. The mystery of such an astonishing sacrifice, which is an overflowing of sincere love, a gift for the beloved, an offering made in order to elevate on high us who God created.