The Spirit of Christmas

At this time of year, people often talk about the ‘spirit of Christmas’. But are we all talking about the same thing? I think not. It seems to me that if the ‘spirit of Christmas’ is only the presents, shopping in general, family meals, gatherings and relaxation, then Christmas, especially these days, must be very depressing for a lot of people. It causes depression, because many of us don’t have the means to shop, to go out and to enjoy themselves. But the issue’s more serious than we think, because it has another dimension. Even those who do live with all the above, still experience a different kind of unhappiness; they aren’t full of joy, either. It’s obvious from their faces that they aren’t happy, even though they may forget for a while. But their joy is short-lived. 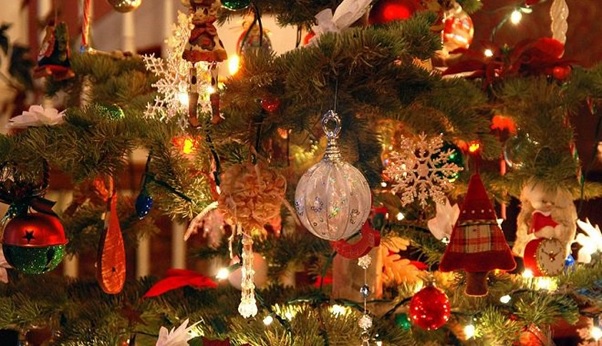 So it’s clear that, when we talk about ‘the Christmas spirit’, we don’t all mean the same thing, since, in actual fact, it’s something else, a completely different climate. This whole period of the Twelve Days (Christmas, New Year and Theophany), really is special. Perhaps it’s the winter and the cold outside that’s a factor in encouraging people to gather in their homes, to be closer together and to feel the warmth. It’s also a time when the Church calls its children closer, through an increase in services, some of which are ‘new’ for most of the congregation, such as the Hours and so on. It’s the solemn hymns and the sound of the melodies, all put together in a wonderful, God-inspired manner. And it’s also the rich folk tradition, with carols, songs and a variety of local customs.

But it’s also something else, as well. This whole festal period calls to mind something we experienced in our innocent, carefree childhood: Christmas reminds us of who we should be, my friends. We remember the innocence of our childhood, and we seek it again. We have to be aware that the Christmas holidays aren’t only for ‘little children’, to, supposedly, have a good time. If we say that, it’s like passing the buck and wanting to escape our own emptiness. It’s a shallow pretence, a false humility. These holidays are for everyone and, particularly for grown-ups, offer a golden opportunity, in ways suggested and supported by the Church, to experience them again as children. Christmas is also for some others, the elderly, for example, who won’t manage to become ‘kids’ again and are now quite close to the time of their death, when they’ll meet Christ again. This feast takes us back to our childhood and reminds us of our real destination, as this was defined by the Lord when He said: ‘I want you to become like little children’, meaning in the purity and innocence of our heart.

What is the Christmas spirit, then? It’s the feast itself. It’s the incarnation. The Son of God becomes a human son. Christ became a human person. This is the great event that warms every one of us, which warms the whole of humankind. This is the exceeding love of God for us that made Him become ‘one of us’. This is the act that casts far away the notion of ‘religion’ , because ‘religion’ is the creation of God by us humans, whereas what we have here is the revelation of God to us. With this incarnation, the path to heaven, which was blocked, is open again and our bridge of communication with God has been rebuilt. And, even more: the philosophers believed it was impossible for God to be united with us people, but now we have a new reality, because Christ, with His incarnation, has taken us back to our state before the Fall, to our former beauty. We celebrate because we can become gods, without the lapse of Adam and Eve which meant we were without God and far-removed from Him. We’re deified through God.

Christmas is very much our concern. It has something to say to each of us. It fills people’s soul. Naturally, this is so in the case of those who wish to make their hearts a manger. When we locate our passions- and the results of them, which are our sins- and start the task of cleansing our heart, we begin to see. We begin to live Christmas. And so, we can experience Christmas at Easter, at any other feast, or on any other day of the year. This is what’s meant by ‘Today’ in the hymns: ‘today is born’, ‘today the Virgin gives birth to the Lord’, ‘let heaven and earth today rejoice prophetically’ [i.e. ‘in accordance with the prophecies’], ‘heaven and earth have united today’. This ‘today’ has great force, everlasting power. When our unity with God is realized- principally through Holy Communion and prayer- then we live Christmas at every moment. In fact, we really live.