Through His coming, the Lord filled the whole world with His divine grace and spread His creative energy on all the earth. He descended into Jordan, not in order to sanctify Himself, but to sanctify the waters and the whole creation, so that we may receive baptism and be clothed with His glorified human nature, wherein ‘dwelleth all the fulness of the Godhead bodily’ (Col. 2:9). He descended into the waters ‘to draw up with Himself bright sons from the streams of Jordan’ and make them citizens of His eternal Kingdom. 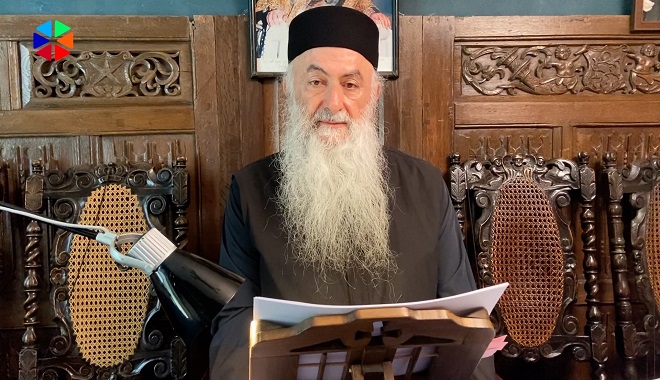 The first humble Appearing of the Lord became a prophetic event, wherein ‘the grace of God that bringeth salvation hath been poured forth upon all’ (Tit. 2:11).

The first humble Appearing of the Lord became the preparation for His glorious Appearing, which is to come at the end of time. To all those that loved His first appearing (2 Tim. 4:8), the Lord will give the ‘new heavens and the new earth’ (2 Pet. 3:13) that He shall bring in that day.

For those that loved His first humble Appearing, the Lord became Himself the Prophet and Forerunner of His Second glorious Appearing, when He shall come to receive His own, both living and fallen asleep, from all the ends of the earth, so as to lead them into His heavenly Kingdom. There, together with the angels, they shall ever glorify the Saviour and Redeemer of our souls for His infinite love that He showed through His voluntary Passion for the salvation of the world.