The Canaanite woman represents the pagan, idolatrous world. She was considered by traditional Jews to be not merely a foreigner but also an infidel. So the woman, and the whole of the people she represented, was an unbeliever and a sinner. In other words, she deserved to be rejected and subjected to eternal condemnation. Moreover, there was a general conviction among faithful Jews that God had not included such people in His plan for salvation and that they were therefore to be held in contempt.

It was this negative spirit which was expressed by the disciples when they were annoyed by the cries of the despairing woman, entreating the Teacher to cure her daughter: ‘Have mercy on me, Lord… my daughter is badly possessed by a demon’. In religious and theological parlance, ‘the pagan world’ meant ‘the demon-dominated world’. In the common understanding of the Jews, God had already condemned that world. 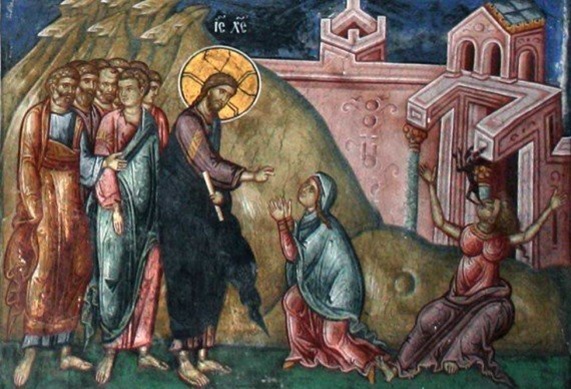 The Lord took a different view, however. He didn’t dwell on the externals, nor did He judge people by national, racial or religious criteria. he discerned in the Canaanite woman a wonderful faith which was outside the religious system of evaluation. This faith had to be projected, manifested, made known to others so that they could appreciate it properly. This is why Christ embarked on a rather strange process: he apparently disdained the woman, using harsh words against her which was not at all in keeping with his usual, mild and friendly manner of speaking. The way in which he treated this sinful, but distressed woman surprised even his disciples.

He speaks of ‘children’ and ‘dogs’. The ‘children’ are the people of Israel and the ‘dogs’ the pagans. Terrible discrimination. This naked cruelty demonstrates the criteria of the religious people of that period rather than the Lord’s own judgment. Soon, after speaking of the duty of parents to give bread to their children and not to the dogs, and after the woman’s insistence that even the dogs eat the crumbs of the rich, Jesus reveals the profound faith of this demure and humble mother: ‘Woman, your faith is great’. The miracle of the healing of the daughter of the Canaanite mother came about through the faith of a sinful and irreligious woman.

During his narrative of this event, Saint Mark the Evangelist makes an interesting observation. He mentions that the woman is from a Greek background and lived in the area of Syrophoenicia. We know that the areas of Tyre and Sidon, as well as the wider region of Canaan and Syrophoenicia, had a large Greek population which was mainly engaged in commerce. Jesus was active among this Greek community, to very good effect. He encountered great faith and spiritual maturity which boded well for the future prospect of delivering the Christian Gospel to the Gentiles.

New criteria for real faith
The specific case of Jesus’ encounter with the pagan world reveals another image concerning faith which supersedes our familiar religious criteria. However surprising this approach may be it’s a fact that, through the Lord’s Gospel message, we entered a new era, a new way of looking at people’s spiritual state. Unfortunately, after two thousand years of Christian experience, we remain today like the Jews of old and judge in purely legal terms. 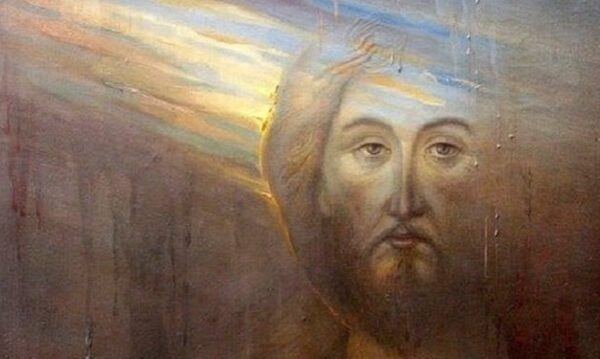 Despite her pagan background, the Greek Canaanite woman retained a wonderful grasp of faith and spirituality. She came to Christ as a demure and humble person, without putting herself forward and making demands as a Jewish woman may have done. She was insignificant in the face of the sanctity and perfection of the person she was talking to. She deserved to be rejected and scorned by the elect of Jewish religion. But she had real, deep love and humility which transformed her into a powerful and strong believer. She had faith the like of which Jesus hadn’t found among committed Jews.

The faith of this pagan woman now became the criterion for weighing the faith of each person. We moved on from external, formal criteria to a process of evaluation of internal criteria, such as depth and veracity. Faith isn’t, as is often thought, a feature exclusive to committed believers. There are times when secular people have unsuspected and moving faith, usually accompanied by a surprising quality of life. With their own spiritual ethos, they approach Christ’s teachings more closely than do many people who are religious by tradition or profession.

This is the sound reasoning proposed by the Evangelists Mark and Matthew through their preservation of the narrative of the pagan woman. Their description is extremely interesting, realistic and revealing. On the one hand, much is made of the Jews’ scorning of the woman and the world she represents, but, on the other, her faith and her insistence on her right to a miracle and to salvation are also lauded. The Jews regarded Jesus merely as a rabbi and teacher, whereas the Canaanite woman saw him as the redeemer and savior. This woman was able to see past the mere external impression of the Lord’s appearance in history and she entered into the mystery of his saving presence in our world.