The Radical Nature of Christianity (2)

The rejection of Christ, but also his acceptance by many, is an enduring phenomenon which can be seen in our own age, too. He himself said to his disciples: ‘If they have persecuted me, they will persecute you. If they have obeyed my teaching, they will obey yours also’ (Jn. 15, 20). The world in general is a stranger to Christ and his teaching. But this isn’t due only to the negative attitude of people; it’s also caused by that fact that the faithful don’t represent Christianity well. Herein lies the tragic nature of the world and also the necessity for Christians to present a true witness in the world.

Real Christians always, from the beginning, felt ‘foreigners’, ‘wayfaring strangers’ in the world (cf. 1 Peter, 2, 11). Not because they turned away from the world or because this wasn’t the place offered them by their Father, but because the world rejected the Father and the purpose for which he had made it. Christians feel like this to the extent that they place everything in the perspective of the Kingdom of God. But in this way they give recognition to the world and to the life of people living in it. They live in the world as foreigners and exiles, insofar as they exercise their power to live as ‘fellow citizens with the saints and members of the household of God’ (Eph. 2, 19). 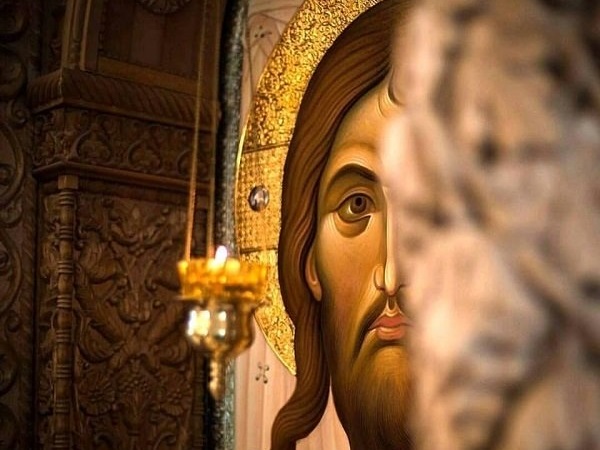 The Church functions within history as a ‘charismatic institution’, as an institutionalized  charismatic communion, or ‘communion of glorification’. In this way, there’s a continuous dialectical tension between grace and institution, which, to some extent is attenuated by monasticism, in the form of isolated asceticism.

So how can the life of Christians in the world be characterized or presented?

The anonymous author of the essay To Diognetus, which was composed at the time of the persecutions, declared the way of life of Christians to be ‘wonderful and decidedly strange’ (5, 4). Referring to the basic features of this wonderful and strange way of life observed by Christians, he notes, among other things, that: ‘They dwell in no homelands, but live as strangers and exiles. They take part in all things, as citizens, but bear everything as strangers. Every foreign land is their home and every home is foreign… They live, as it happens, in the body, but not in accordance with the body. They sojourn on earth, but are denizens of heaven. They love all people and are persecuted by all… They’re poor, and they enrich many. They are lacking in everything, but have a surplus of everything. They’re dishonored, and are glorified in dishonor’. (5, 5-17).

The sense of the transience of the world and the experience of eschatological truth, the disengagement from secular conformity, and the allegiance to the heavenly state, the love which embraces even enemies, the repayment of evil with good, and conscious deprivation in order to perform good works give a different meaning to the things of the world and bestow a special significance on the everyday life of the faithful. They set aside that which is transitory and fragmented and introduce the perspective of unity and eternity.

The life of Christians, like the whole of that of the Church of Christ in the world, can be presented as life in the tomb. Origen notes that Christ, as head of the Church, brings its members to the resurrection through death. Just as the tangible body of Christ was crucified, buried and thereafter rose, so the whole body of Christians has been crucified and now no longer lives. This is true of all of them, as it was of Saint Paul, who never boasted of anything except the cross of Christ, by which he was crucified to the world and the world to him (cf. Gal. 2, 20). Besides, he was buried with Christ in order to experience a new form of life (Origen, On the Gospel according to Saint John, 10, 35).

This new form of life, which remains secret and hidden from the world, isn’t simply that which is awaited beyond this world, in the kingdom of God, but is also experienced in the everyday life of the world. In essence, Christians have to live their everyday lives on two separate planes: the eternal and the transient. This is best made apparent in the divine Liturgy. In this, the alternation of the two levels is continuous. The transient, earthly level is in constant reference to the kingdom of God. And the eternal level assumes and transforms the earthly. The eternal level gives meaning to the transient. And the transient is offered as a preparatory stage for the eternal.

The divine liturgy isn’t a kind of parenthesis in the Christian life, but is its indicator and fulfilment. The two levels of life which characterize the divine liturgy are offered across the spectrum of the lives of the faithful on earth. And the maintenance of communion between the two levels represents the only possibility for the avoidance of secularization and ‘conformation’ to the world. The maintenance of this communication isn’t merely difficult but is also exhausting in modern society.

Society today has lost its traditional form. Modern science and technology have well and truly invaded its life, changing its awareness of itself. God’s work has already been concealed or expunged by the works of human beings. People are no longer concerned with God. They encounter themselves everywhere, place their confidence in their works, defend themselves with whatever means are at their disposal, are cured through their successes and admire and enjoy their achievements. People’s lives have changed radically and attempts have already been made to create life, for us to ‘play God’.

People today have lost their natural innocence. Along with that, they’ve lost God and the joy offered by his creation. As Saint Sophrony observes, those who have lost joy don’t feel the beauty of the world as they should and are no longer surprised by anything.  Even the whole of God’s inexpressibly magnificent creation doesn’t move them (Saint Silouan the Athonite). The  insensitivity of people today is reflected in the way they treat and use nature. This is why the ecological crisis isn’t an independent phenomenon, but is rather the natural concomitant of the spiritual aberration of people today. It’s only when people retain their natural purity, or regain it after it’s been lost, that they can see nature and other things clearly: ‘For those who are made in the image and likeness either retain their superiority or regain and enjoy it, and are able to see naturally’ (Symeon the New Theologian. Ethics, 6, 217-219).

People are free to accept or reject the plan offered to them by God: becoming like him and becoming perfect in accordance with his own model. ‘Therefore become perfect, as your father is perfect’ (Matth. 5, 48). Essentially, people don’t, of course, reject the plan of divine perfection. On the contrary, they misappropriate it and try to implement it themselves. This tendency is, in any case, innate in them. People try by any means at their disposal to become glorified. Their error lies in the fact that they try to achieve this through their own powers and understanding, not through the will and synergy of God. But if they ignore God, they will achieve only one thing: a return to the non-being from which they emerged. The new element in this instance is that people return to non-being not as non-existent, but as alienated beings. This is also their hell.

The negative features of people’s efforts at self-deification are clear from the whole spectrum of their achievements. Having been created ‘in the image and likeness’ of God, we also have innate creative abilities. But by making them our own and activating them independently of our Creator, we produce artefacts which are eroded by perishability and death. We create a culture and are trapped in it. We organize a state and are imprisoned within it. We produce science and technology and become subservient to them. We discover comforts and conveniences which tire us out  and make our life more difficult. We feel we’re making progress and becoming more perfect, but are quick to recognize this for the deceptive impression it is. We can’t reject our achievements, because they’re interwoven with our life. But nor can we enjoy them in peace, because we can see the negative, and often destructive, aspects of them.

There are some people who view this Christian stance towards the world as negative towards the progress of science and technology. And, to a degree, this may be true. Prioritizing the Kingdom of God in our life naturally means that we submit and modify our individual aims. This can be seen in society in microcosm and at large. It’s not so obvious in a conventionally Christian society as it is in persons or groups who relinquish all ties in order to live a life more in keeping with the experience of Christianity. Be that as it may, it remains true that, even in their conventional forms, the Christian faith and Christian life have important repercussions on human society. Any evaluation of these consequences as positive or negative will still depend on the criteria by which they’re judged.

Beyond this, however, it ought to be noted that Christianity doesn’t hinder the progress of science and technology. It’s well known that modern science and technology were fostered by the Christian monasticism of the West. And they have their ascetic aspects, as well. But what is rarely taken into consideration is that they weren’t the main products but rather the side benefits of Western monasticism. They came from a secularized version of it. They weren’t the fruit of the search for and experience of the Kingdom of God, as achievements of the realm of the freedom of the Spirit, but as attainments made within the context of natural causes and effects and of utilitarian expediency.

And it’s here that the crucial, or even dangerous, point of science lies. The enormous respect accorded to science because of its impressive accomplishments has led to it being deemed in some sense absolute or deified. Blinded by its attainments, we’ve come to see it as a repository for all our hopes and expectations. It has reached the stage where the whole truth is identified with scientific truth and any truth which is not based on the material empirical method is viewed with suspicion or even hostility.

People today consider scientific truth to be the only touchstone; truth which objectivizes everything and can be verified objectively. Personal truth, or, to be more precise the truth as person and life, has been disregarded to the point of extinction. But in this way, people have become trapped in the impersonal and inexorable world of cause and effect and are in thrall to it. The whole of modern culture has developed within this same perspective; the whole level of the freedom of the spirit has been discarded and the aim has become the firm establishment of a secular order and harmony. So it is that people have lost their spiritual freedom and are imprisoned in rational necessity. They’ve abandoned selflessness and have submitted to expediency. They’ve become alienated from the fulness of life and fear only their biological death.