During a visit to Los Angeles, a week prior to the nationwide theatrical release in major mainstream American cinemas of the movie “Man of God” about the life of St. Nektarios of Aegina, Orthodox Christian theologian Dr. John G. Panagiotou sat down with the film’s writer/director Yelena Popovic to discuss her philosophy of filmmaking and life. Here are highlights of their conversations.

Panagiotou: Well, Yelena, here we are just several days away from history being made with your beautiful film about the life of St. Nektarios being released in theatres across America. This marks the first time in American film history that an Orthodox Christian movie has reached such a milestone. In fact, your film is being shown in more theatres than there are Greek Orthodox churches in America. How are you feeling knowing all of that? 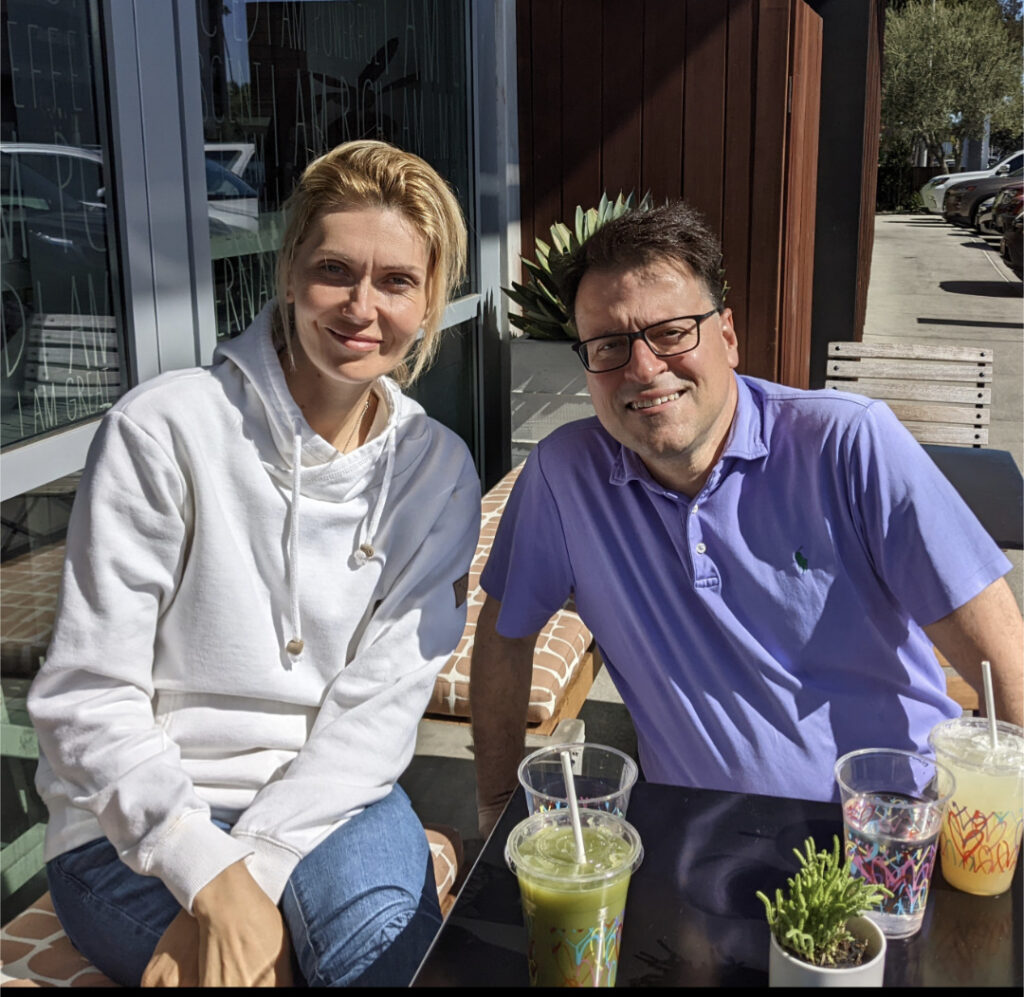 Popovic: I feel grateful to God, the Mother of God, and St. Nektarios that something that was so dear to me and that I was passionate about had materialized into reality. I am not saying this out of a delusional focus on the spiritual or unseen world. I honestly prefer a simple life, but I would be dishonest and delusional if I were to claim that this film would have materialized without help from above. One of the things that I felt very strongly about was that if I were given a chance to make this film and if I used my personal experience, I could tell the story about the humanity and reality of St. Nektarios. I knew that if I could somehow succeed in accurately telling his story, this would give a tremendous opportunity for a large number of people to be inspired by the life of this modern saint whom they could relate to, regardless of their ethnicity and/or religious background. Faith has played a pivotal role in my life. It helped me live, survive setbacks, and obstacles which were accompanied by a lot of pain. I felt that this film could give a voice to the voiceless and hope to the hopeless, who are in doubt, confusion, lost, suffering, and in despair.

Panagiotou: As a filmmaker, what do you think makes for good movie?

Popovic: According to the knowledge which I have acquired studying acting at Playhouse West, which is one of the finest actors’ studios anywhere, and through my own personal experience, I think that a creative writer and/or director has a personal understanding of the story and is able to be very honest by using that experience in the story that they are telling because people can relate to, think about, and/or inspire. After all, Dostoevsky, when he was asked by his students what they should write about, his response was, “you should write about things that you truly understand.”

Panagiotou: What message do you want people to leave with after they see your film “Man of God”?

Popovic: I hope the film will have a healing effect one way or another, or at least, will help people on some level because everybody is different and therefore will have a different experience whether it is good or bad.

Panagiotou: What is the best advice that you would give aspiring Christian filmmakers who want to make it in this industry?

Popovic: I never thought that I was going to make a film about a saint. I wrote other different types of scripts before I wrote “Man of God.” The only advice that I would give in this regard is to seek to make a good movie first that people can relate to. I would not think about making from the outset a “spiritual” film in and of itself because spirituality is something that will be present organically in the art form which is being dramatized, if it is done well. I see drama coming from a conflict which is both eternal and relational. So, I did not seek to make a religious film as such. I sought to make a good, meaningful film that happened to tell the story of a Christian saint. If we as artists and filmmakers end up making works that have spiritual qualities then those are the results of God rewarding our honest and hard work.

Panagiotou: How do you want to be remembered as a filmmaker and as a person?

Popovic: I would rather put being a filmmaker aside in answering this. As a person, I hope that when I leave this world, there will be some people that I have truly helped that would remember me with love in their hearts. Our late great Patriarch Pavle of Serbia said something very beautiful regarding the subject when he was faced with a similar question. He said that, “we should hope to be the people who when we are leaving this world, we are going to smile knowing that we are going to a good place and those left behind will know that a good person has left the world. When we were born, we were crying and everyone was happy that a new person was born into the world. So, when we leave this world, we would like to be people that are happy and joyful because we have peace and confidence while everybody around us would be crying to see a good person leaving this world.”

Panagiotou: Thank you for taking the time to sit down and share your thoughts.

Popovic: The pleasure was all mine, John.