Freedom’s a gift from God. And since we’re made in God’s image, we can’t be deprived of it. Its use, of course, may follow two main paths. One leads to God and other people, that is, that we become bound together in love and become companions on the road to the kingdom of God. The other is life with ourselves at the center, as our own God where our thinking, our judgement, our boundaries, our expectations and our criteria are all shaped solely on the basis of our will, our desires, our approach and convictions. It then becomes easy for us to use other people. But even in this instance, we can’t stand in the way of the love that God’s given us. As people, we were made to be free and to love. 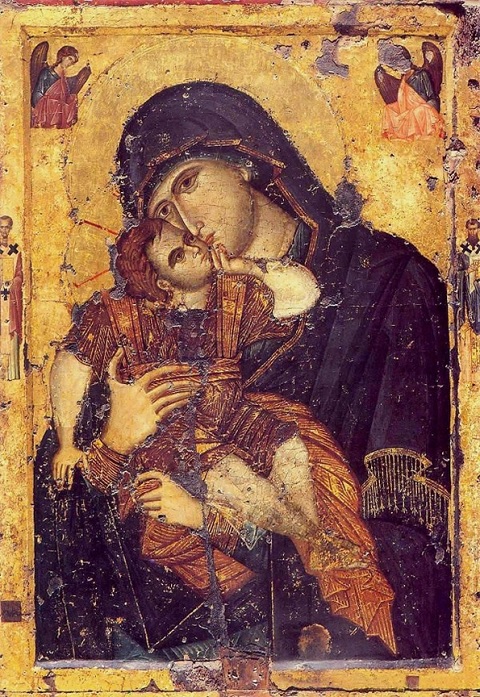 The Biblical tradition of the Church describes this path through the image and narrative of Paradise. By divine inspiration, the writer of the Pentateuch places this history of the world in the book of Genesis. He describes a large garden in which people were created by the direct agency of God, not merely at his word (which was true of the rest of creation), so that he could work with and guard us. We were invited to live in communion with God and other people, to converse with him every eventide, as an indication of love and as children to their parent. All day, people are with others and with the world. It’s only in the gloaming that God gives us a sign of his living presence, through his word. There’s nothing at all that hinders us from going forward as we wish. We have the option of being nourished by the trees in Paradise except for one, that of the knowledge of good and evil. Not that the fruit itself is deadly, but because we have the choice of being with God or making gods of ourselves. The second option leads to spiritual death, because we can then impose ourselves on the world through force. We won’t be in a balanced relationship with other people, as children of God together and images of him, but we’ll be drawn into the temptation of equating ourselves with God, not as regards his love but rather his power. This results in conflicts, wars and divisions. Peace will then not be the norm. Our choice is clear-cut. We may not need God as a priority of love. In that case, we’ll be bound with the fetters of failure to renounce the path of his love- which is freedom- and to choose to impose ourselves on others and the world, through our disobedience to God’s will and to God himself.

Our Most Holy Lady the Mother of God is the way through which our transgression ceases to have the power of bondage over us. We’re under no obligation to sin. Spiritual death isn’t our choice; we can revive our relationship with God, who became one with us when he took on our nature in the womb of Our Lady. Instead of being the source of our resistance, the world can again become Paradise, since the beauty of this world is preserved by our relationship with God. And beauty doesn’t have to do only with perceptible loveliness. It’s the recognition of God’s love in every facet of this world, even in the pain of life which is bodily death. Because hope isn’t lost, even there. Before the incarnation, God was invisible, both in this life and in eternity, because how could created beings connect with the uncreated? But now the uncreated has taken on our nature, has become like us in all things, except sin. The Son of God has given to us again the priority of love which liberates us and, through his voluntary death, has shown complete obedience to God’s will, opening up for us the path to eternal life. We can share in God because Christ became human. We can share in him in this life and the next, because he’s one of us.

The history of this world, of which we’re a part, is heading towards the final elimination of evil, of the bonds of sin, of both spiritual and bodily death. Our Lady is our representative, through whom the new creation had its beginning, with the incarnation of the Son and Word of God. We need some of her faith, some of her love for God, some of her virtue, whether this is her obedience to God’s will, devotion, or patience. This includes our entry into the Church, so that we, too, may become members of this new creation. The chains of our fetters have been loosed. Let’s not lock them again through our egocentric will, division and war. We can’t change the world. But we can change ourselves, through the intercessions of the Mother of God.