Sunday of Cheese-fare: Forgiving and Fasting’

The time of preparation for the Fast ends with the Sunday of Cheese-fare and so we pass into great and blessed Lent, which is full of mixed experiences and feelings transmitted to us in a mystical way by its penitential services. Today’s Gospel reading brings us to the introductory period of our preparation for the Passion and Resurrection and reminds us of the golden rule for our progress, which begins with the virtue of forgiveness. Hence the Vespers of Forgiveness. 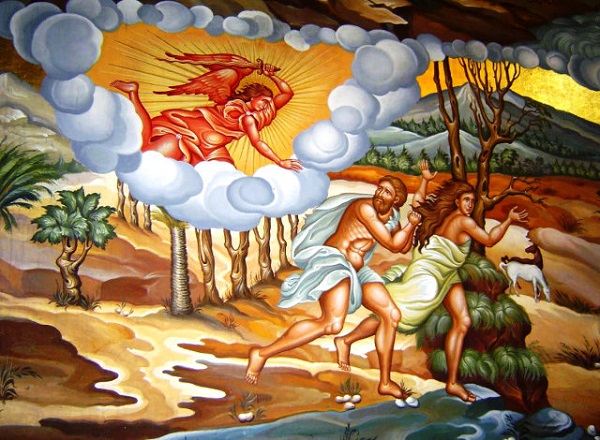 Our forgiveness of others is presented to us as a pre-condition for God’s forgiveness of us. Unless we break down the hardness of our heart by forgiving our neighbours for whatever they’ve done to us, then we can’t expect or seek God’s forgiveness. It’s in the faces of our neighbours, our friends and our enemies that we’ll recognize our Lord and God. This is the virtue that the Church has been trying to teach us over the past two Sundays, pointing to love for our neighbour as the path to Heaven.

We would say that the virtue of forgiveness is the basis for all the rest. It’s the fundamental link that unites us. It’s indicative that the service of preparation for Holy Communion begins with a requirement that the first thing you do before participating in the Eucharist is to reconcile yourself to any other people you may be at odds with. The necessary pre-condition for taking part in the Eucharistic meal, then, isn’t fasting, but forgiveness. So if our spiritual struggle throughout this period is to be of any consequence, we must start with forgiveness. Unless we have this perspective, everything will be simply formal and external, without any real meaning. A spiritual struggle accompanied by rancour is not considered to be an Orthodox way of life, because its aim would not be humility, but, on the contrary, inflated egotism.

Forgiving others is a sign of humility and of transcending our egotism. The same is true of those who ask for forgiveness. We should bear in mind that today’s Sunday is dedicated to the expulsion of our first ancestors. They were expelled from Paradise because they broke God’s commandment. In essence, however, the cause of their expulsion was their attitude after they’d committed the sin. Instead of humbling themselves, accepting their error and asking forgiveness of God, they each blamed the other. So humility and forgiveness are matters of the greatest significance for all of us. They’re weapons of salvation and a way of guaranteeing Paradise.

It’s in this spirit and perspective of asceticism and fasting that we’re called upon to proceed. The fast from food which begins tomorrow is not a goal in itself, but rather another way of preparation and sacrifice for something very beautiful which will follow. Abstention from certain foods while being, on the one hand, a customary practice also has a spiritual foundation and value. Abstention is indicative of the abandonment of the passions involved in an egotistical view of life.

As a practice, then, the fast acquires the value it deserves when it’s no longer just a biological form of nutrition but is observed with spiritual criteria. An Orthodox fast without forgiveness is clearly absurd, I would say. Such an attitude is extremely pharisaical and hypocritical, exalting, as it does, the institution and formal expression, while playing down the essential, charismatic aspect. What today’s Gospel reading wants to leave us with, as we enter into the period of the preparation for Easter, is that the fast we keep should have a spiritual import. This is why it begins with the theme of forgiveness, which is existential and internal, and then goes on to explain to us the proper manner of fasting, which, from being merely a practice, ends up by bringing us life.

May we adopt all these words from the Gospel as a way of life in the fast we keep, so that we may experience the Passion and the Resurrection existentially and in the fulness of our being, rather than just formally, as a custom.