The Doxastiko at Lauds of the 3rd Sunday in Lent

According to the Synaxari, on the 3rd Sunday in Lent, or the Sunday of the Veneration of the Cross as it’s also known: ‘we celebrate the Veneration of the Precious and Life-giving Cross’. The day is known as the Sunday of the Veneration of the Cross because on that day the Orthodox Church exhibits it for the faithful to venerate, in order to strengthen them in the fast and in their struggle to defeat the passions. This is precisely what the Note to the Synaxari for the day says: ‘By your own power, Christ our God, preserve us from the attacks of the evil one and enable us to venerate your divine Passion and life-bringing Resurrection, once we have spent forty days profitably in the arena. And have mercy upon us, you who alone are good and the lover of humankind’. 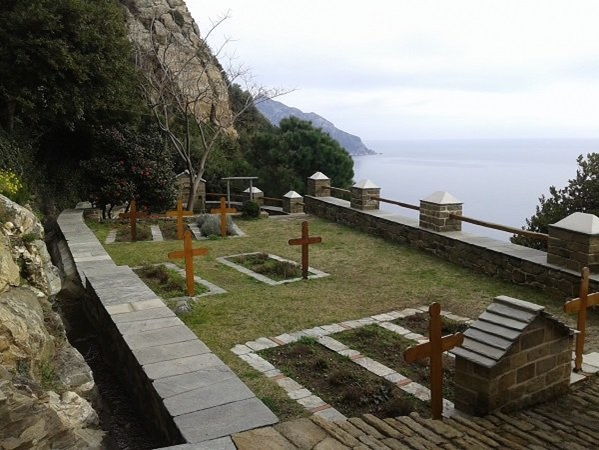 All the hymns of the day, starting with those of vespers on the eve, the doxastika, the dismissal hymn, the matins canon, the sessional hymns, the kontakio, the ikos, the exaposteilaria and lauds have one sole subject as their reference point and content: the life-giving Cross of the Lord. On the one hand, the hymns praise the Cross, reminding the faithful in this way of the important role it plays in their life; on the other, they make constant reference to the Lord’s Passion, through which our human nature was redeemed from sin.

An exception to the above hymnographical features of the feast is the doxastiko at lauds in the matins service, which makes no reference at all to the Lord’s Cross, but instead mentions another circumstance entirely. It reads: ‘The Lord of all taught us in a parable to shun the boastful thoughts of the wicked Pharisees. And he instructed all of us not to think more highly than we should. He himself became our pattern and example when he emptied himself even unto death on the Cross. Let us therefore give thanks with the publican and say: “God who suffered for us and yet remained impassible, deliver us from the passions and save our souls”’.

What is the subject of this doxastiko? Clearly the contradistinction between the Publican and the Pharisee, a contrast which is contained in the famous parable narrated in the Gospel of Saint Luke (18, 10-14). This is the parable with which the season of the Triodio begins, that is the period which extends over 10 weeks, if we include Great Week, and it is during this time that the order of services is prescribed in that book. It closes on the morning of Great Saturday.

As the above doxastiko implies, the Sunday of the Publican and the Pharisee used not to be the first Sunday in the period of the Triodio, but the third Sunday in Lent, at which the Church highlighted the contrast between the two forms of life, the intention being to make it clear to the faithful that we aren’t saved merely by observing the Law, but that there’s also a requirement for moral and spiritual purification. In connection with the other virtues, it’s then that we receive God’s grace and are saved.

The 3rd Sunday in Lent was established over time as the Sunday of the Veneration of the Cross, perhaps because of the transfer of the feast of the finding of the Precious Cross and nails, which is celebrated on March 6 (‘On that day, the commemoration of the finding of the Precious Cross and nails by the blessed Eleni’, Synaxari 6 March). Since March 6 usually falls on a day when there can’t be an official celebration because of the ‘mourning period’ of Lent, the feast was transferred to the 3rd Sunday, and took on a festive character, although the content of that Sunday as it had been was substantially changed.

Another relic of the previous dedication of the 3rd Sunday of the fast to the parable of the Publican and the Pharisee is the first hymn of the aposticha at vespers on the same Sunday: ‘In my wretchedness I dare not raise my eyes to heaven, because of all the evil I have done; but like the Publican I groan and cry to you: God be merciful to me a sinner and deliver me from the Pharisee’s hypocrisy, for you alone are compassionate’.