The First Sunday in Lent: Sunday of Orthodoxy

On the first Sunday in Lent, commonly known as the Sunday of Orthodoxy, our Church honours and acknowledges the holy struggles and the victory of Orthodoxy, which triumphed over all the heresies from their first appearance in the very early days of Christianity. Today we proclaim not merely the victory of the Church in the iconoclast controversy but also over all the other heresies throughout the centuries, which presented a false Christ, one who was different from the true Christ of the Church. The main victory on which we focus today is the triumph in the battle over icons. The struggles and conflicts over the icons lasted more than two hundred years. 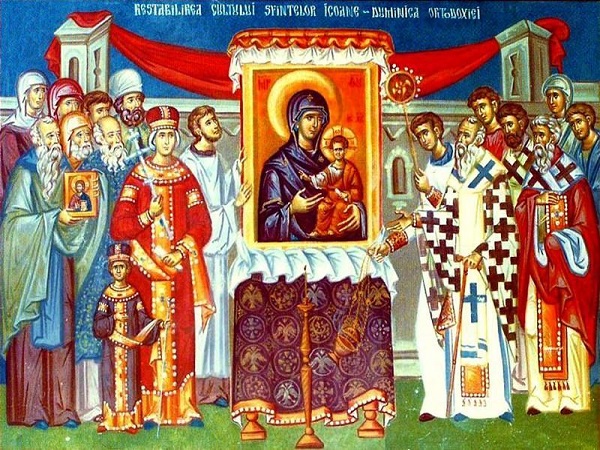 The iconoclasts were internal enemies of the Church. They were always a danger, since many of them held positions of power in the secular state or in the Church. For the iconoclasts, the icons were actual idols, because all they saw was the wood and the paint. They couldn’t elevate themselves to the contemplation of the living beings, the immortal spirits which were depicted.

What is Orthodoxy? It’s the genuine extension of the Church of Christ. It’s the spiritual milieu where the content of the divine truth through revelation is properly taught. It’s where the continuous present of our salvation is experienced and where we and the world are transfigured. Orthodoxy means the true faith and the true praise of God. This true faith brings us to the true glorification of the Triune God. If the faith is erroneous then the praise of God, His glorification, will also be flawed. If the faith isn’t true, fallen people don’t have the chance to be healed. We can’t be brought from the idolatry of the passions to the real worship of the true God and to communion with Him.

Since the Quinisext Ecumenical Synod, the Church has held that the icon of Christ is an expression and proof of the true incarnation of the Son and Word of God, of His Passion and Resurrection. Saint John the Damascan, one of the most fervent supporters of the holy icons, remarks that, on the one hand, the divine nature is beyond description, but that, on the other, after the incarnation of the Son, our indescribable God became describable and the icon of Christ represents precisely this unbreakable union between the two natures, the divine and human, in the person of Jesus Christ.

The 7th Ecumenical Synod determined, in theological terms the issue of the honour to be paid to the saints in icons, and, among other things, declared that, since the Son of God took on flesh and bones, we may depict Him and worship Him. We also portray Our Most Holy Lady, the Mother of God and all the saints and we respect and reverence them. When we reverence the holy icons, we aren’t reverencing the pieces of woods, but the forms portrayed on them. So we aren’t idolaters, since the honour we pay to the holy icons goes to the persons depicted, not to the materials used to make the icons.

As Fr. Georges Florovsky taught, we should accept the tradition of the Church directly in our heart, without over-thinking it. Because, ‘if we begin to construct the Church and make a slight error, everything will gradually collapse’, as Saint John the Damascan reminds us.

Through today’s Gospel reading, the Church wishes to highlight the case of the Apostles Philip and Nathanael as an example of faith and confession in the Triune God. The Lord called Philip to the office of Apostle (‘Follow me’) because He saw that he was consistent in his faith, had trust in the person of God and confidence that His prophecies would be fulfilled. Philip also tried to convey his joy and faith to Nathanael, telling him, ‘Come and see’. 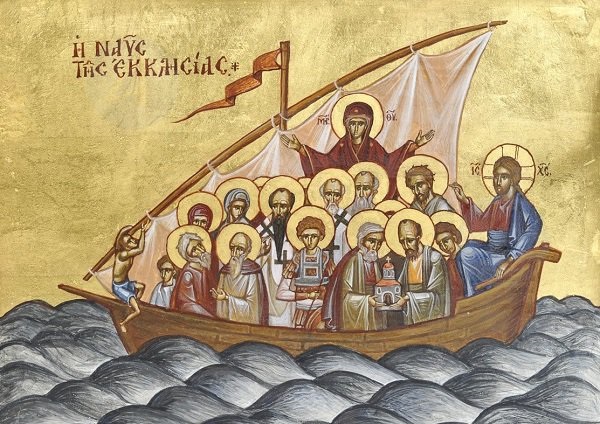 Philip accepted the Lord’s invitation gladly, and enthusiastically ran off to find someone else to bring to Christ. He felt the need to pass on to other people the torch of the joy of the Lord. He called his friend, Nathanael, a man with the same desires, the same interests, a man who was awaiting the coming of the Messiah.

The Apostle Philip is an example we should all copy, so that we can bring our family, friends and acquaintances to Christ and the Church. We have a duty to encourage and guide others so that they become disciples of the Lord.

It’s a great honour to be and to be called Orthodox Christians. At the same time, however, we also bear a great responsibility to bring that name into our life. Orthodoxy’s a treasury beyond the dreams of avarice. We have an obligation to defend it tooth and nail and also to apply it in our everyday life. From ‘orthodoxy’ (the right belief) we’ll move on to ‘orthopraxy’ (the right actions), to the living presence of our Lord Jesus Christ in our inner world.