Beloved parishioners, we are now embarking on the time of Great Lent, a period which will bring us to Easter. In this, we rather resemble the ancient Israelite people who left the country of slavery (Egypt) and made their way to the Promised Land. As is true with all our everyday affairs, a decision isn’t a result. Nobody gets to where they want to go automatically, all at once, just by deciding. It requires the effort of the journey and patience in the face of the current and concomitant difficulties we encounter in our progress towards our desired goal.

This is the case with us, too. The time of Lent is associated with external difficulties (as with the Jews in the wilderness) and also with internal ones, which are more dangerous. 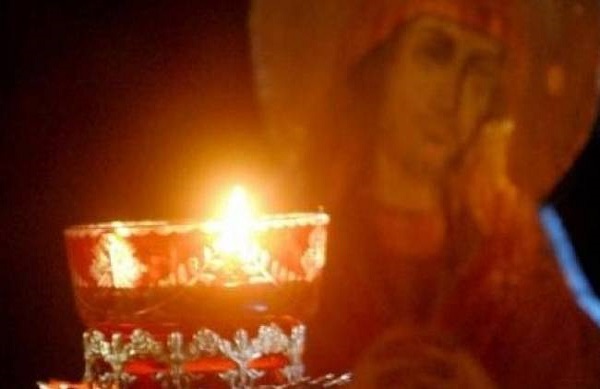 As a body, the Church proceeds towards Easter while observing the rules of fasting for all its members in good bodily health. Fasting is essentially a retreat from what is allowed. It’s a labor of freedom, undertaken to make us realize that life is a matter of love, not of vitamins. It’s a way of encountering others not as some or all kinds of consumable material (economic, sexual, companionable), but as an opportunity to see Christ in their face. If we don’t learn to deny, willingly and happily, our instantaneous or enduring desires, then we’ll never learn to love anyone.

The difficulties in this process are indicated by Saint Paul in the third chapter of his letter to the Hebrews, where he says: ‘Today, if you hear his voice, do not harden your hearts…’. What does this mean? That now, in Great Lent, when you’ve heard the voice of Christ calling for departure from the land of slavery, when you’re on the path of freedom, don’t let your hearts (the inner person) become egotistically hardened so that they pay no attention to Christ’s word. How do we become hardened? As Saint Paul says later in the same Epistle ‘by the deceit of sin’. We’re fooled by sin. People are deceived by ignorance, they’re deceived by ‘propositions’ and worst of all they’re deceived by themselves (self-deception). How can you convince people who are fooling themselves that they’re in error?

‘As the poet says: ‘How can you teach the flame the droplet’.

If you don’t love and learn to trust and therefore listen to the word of the beloved how are you going to be able to escape the prison of self-deceit? If people don’t love Christ, they do whatever’s ‘pleasing to the eye’, whatever they think fit. The more we love him, the more strictly we obey him. And then there remains the danger which Saint Paul points out: ‘Some of those listening provoked him’. Who were these who heard him, but were indifferent and dismayed him? ‘Were they not all of those who left Egypt with Moses?’

Terrible. Christ rescues us from our enslavement to the passions (self-regard, avarice, hedonism) which consign us to unbearable solitude. He takes us with him, with our other brothers and sisters as companions, on the path towards the Passover of freedom, and we, who are literally in his hands, gawp at a thousand and one useless things, in our self-delusion. Carnal desires, spiritual passions and intellectual presumption become obstacles on the path.

Of course, sometimes the people leading the march become impediments themselves. They offer us ‘golden calves’ to venerate. They’re a hindrance instead of a help. Current ecclesiastical affairs make these thoughts tragically relevant. Leaders sidelined in some cell; guides who don’t know the way; scandals that aren’t to be borne by sensitive consciences and yet which can become a ‘smithy’ for hammering out an independent course. Christ leads people to freedom; but sometimes even ‘Moses’ is deceived by misplaced desires.

Saint Paul tells us: ‘But exhort yourselves, for as long as it is called “today”’. Strengthen each other while we still have the time. In the hymns of the feasts of the Church, the word ‘today’ is an incitement to action and a constant reminder of the presence of Christ with us on our way to the Promised Land.

Some people never got there. Some saw it from afar. And some tasted its fruits in the end.
Let us entreat Christ not to allow the calamity of the former to befall us, but to grant us the unending bliss of the latter. Let us beg him to make us sharers in the fruits of the Promised Land, of the Kingdom of Heaven. And, according to Saint John Chrysostom: ‘What is the Kingdom, if not Christ himself’.

With love and blessings
Your priest,
Fr. Theodosios