The Resurrection of the Dead

We people aren’t only bodies. We also have a soul. Even when the body ceases to exist, the soul continues to live. But without the body, it’s as if it’s naked. When it’s separated from the body, it feels stripped. And, until the second coming, it’ll feel poorer, which is why, until the second coming, every soul ‘awaits the resurrection of the dead and life in the age to come’.

The all-praised apostle, Paul, says that our body is the home of the soul here on earth. When we leave this life, God will give our soul another home in heaven, a home which won’t be built by human hand. This is what we expect. This will be our great reward. This is what we’re talking about when we say we ‘await the resurrection of the dead’ (see 2 Cor. 5, 1-4). 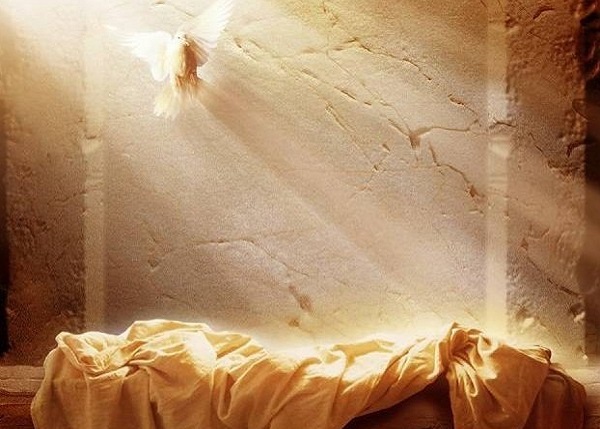 This residence not made by hands won’t be like the body of Lazarus after his resurrection, which was still mortal.

It’ll be like the body of Christ which, after his resurrection was immortal and was made incorrupt.

He came to earth to save us.

As a dead person, Christ, too, descended into Hades. But, as the immortal God, he overcame the power of Hades. And he rose as victor. He gave us, too, resurrection and life.

Not because we deserve them. Not because this was somehow the natural course of our nature. But because he wanted to.

Saint Paul says that if even one person is raised from the dead, who will then dare to say that there’s no resurrection of the dead? If only one person, Christ, rose from the dead by the power of God, what’s to prevent every other person from being raised in the same way?

Has God perhaps stopped wanting this?

Maybe he’s gotten old and can’t manage it any more?

Christ was the beginning and the first-fruit. After Christ come all Christians. When? In his presence when he comes.

Has he delayed? Be patient. Faith is expectation. You can’t be patient? Then you don’t have faith.

The resurrection will be a gift from God.

We won’t raise ourselves.

Not even Jesus raised himself.

But just as God raised Jesus’ dead body by his divine power, so God will raise us, also. And he’ll bring us all to him. With this body in which we glorify him; and worship him; and obey his will.