Two Movements towards the Theanthropic Lord

On Great Wednesday*, our Holy Church presents us with two people who both approach the theanthropic Lord with the same movement: they wanted to embrace him. One of these was Judas, who approached the Teacher with a traitor’s kiss which proved to be more painful for Jesus than the blows, the spitting and the rest of the sufferings he underwent on his way to the cross. The second person is the harlot, who comes to the Lord with a redemptive kiss and receives from him forgiveness for her sins and liberation from the passions. 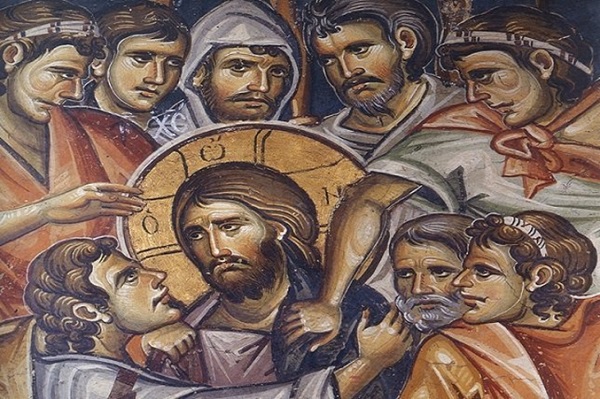 The first kiss was one of pretence and perversion, whereas the second was full of love and repentance. From then, to this day, Christ has continued to receive these two opposing embraces from those whom he created.

The traitorous kiss is given by Pharisaical, hypocritical lips. It comes from people who fill the churches during these days and embrace Christ the Bridegroom while still having within them brutish and deeply rooted passions which have distorted their souls. Despite this, they appear in society as virtuous, pious people who love God. They’re people who claim that they love the spiritual life but who prefer the world and its fleeting pleasures. People who seem to be humble, but who selfishly crush their neighbor; who talk about justice but who are ruthlessly unfair in the defence of their own interests. They say that they strive for peace, yet perfidiously incite altercations and hostilities. They’re the people who, unfortunately, in large measure, make up society. 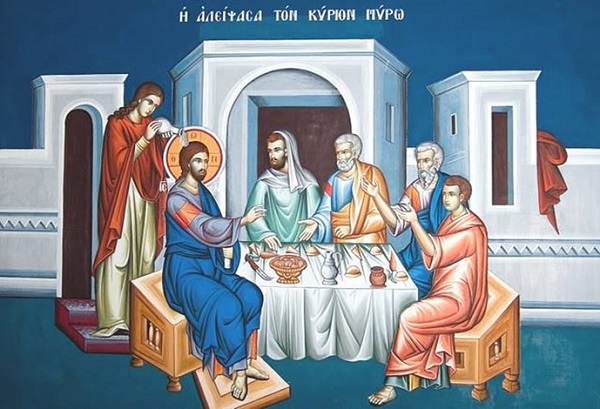 The redemptive kiss is given by humble lips, full of repentance. It comes from people who love Jesus deeply and existentially. From people who love him principally with deeds rather than words, who’ve understood that God is their Creator and that, if they’re to make anything of themselves as persons, they have to be united with him. They’re people who know who they are and strive to be as God wants them to be. They quietly sacrifice something of themselves, something of their social life, for the love of Christ and of their neighbor. Without counting the cost, they’re people who confess at all times and in all places, in words and deeds, their profound faith in God. It’s true that such people are hard to find in our own day and age, but they’re the ones who cast a little light on our lives and even keep our society standing.

On this great day let us scrutinize seriously the two embraces to which we’ve referred and let us bear in mind that the end of Judas, who gave Christ the kiss of betrayal, was eternal self-destruction; whereas that of the harlot, who gave him a redemptive kiss, was eternal redemption. Let us set our course accordingly.

*In medieval England, this day was often known as ‘Good Wednesday’; ‘good’ in this context meaning ‘a special feast day’.