When I was in Germany once, I heard a sermon by a famous German missionary and preacher. It included a profound and symbolic narrative taken from a collection of legends and myths of the East. I later read the same story in one of the edifying books written by this missionary. So what does this story say?

There was once a good king whose son had gone off the rails. Neither advice and kindly words from his father nor a variety of punishments did any good. The son continued to live in sin. In the end, the father, who was desperate, decided to use the following means to bring his son to his senses.

One Sunday, the father invited his son into the throne room. There, on a table, was a jar full of precious aromatic oil. In olden times, such oil was of great value in the East. It was oil like this that the psalmist had in mind when he said ‘You have anointed my head with oil’ (Ps. 22, 5). In front of the table were only soldiers from the king’s bodyguard, with swords drawn from their scabbards. Next to the jar of oil was a map, showing all the roads in the city. 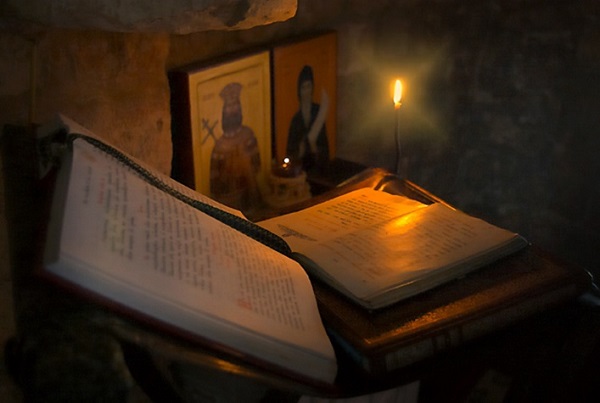 The father then said to his son: ‘You’re going to make a short tour of the city. I’ve marked your route on the map. You’ll start immediately, holding this full jar in front of you. God help you if you spill so much as a drop of this precious oil. The two guards have strict orders to cut your head off there and then. And you know that my orders are completely binding for them’.

The son set off, doing as his father had told him. After a good while, he came back, without having spilled a drop.

‘Nothing’, answered the son.

‘What? You didn’t see anything? But today’s the annual trade fair. There are colored advertisements everywhere with invitations to places of entertainment. All the streets are full of all kinds of shows, clowns and conjurors. And you didn’t see any of that?’.

‘But if you didn’t see anything, what did you hear on the streets?’ The father asked again.

‘Nothing’, replied the son again.

‘Father, the only thing that rang in my ears  were your serious words: “God help you if you spill so much as a drop of this precious oil”. So I saw only one thing: this oil. The whole of my attention was taken up with it. I was terrified I might spill a drop. Father, thank you for the lesson you’ve given me. Now I know what I have to do to avoid being enslaved to sin. Father, you’ve saved me’.

This lovely story really is very instructive. It’s also of particular value for priests. When spiritual children tell a priest that they can’t give up bad habits and their passions, the priest might tell them this fable, which would remind them of many Christian truths. We’re all children of the King most high and are heirs of God. Christ was crucified and rose for us. So our mind should be constantly on Christ’s saving work and on the blood which ran from his holy wounds on the cross. Not a single drop of this precious blood should be lost. This thought will help us to have eyes and ears not for the deceitful attractions of sin, but only for the wonderful and truly happy life which Christ has given us.

Our priests- especially confessors- should use this wise narrative from the East in their advisory work with those who are easily drawn into sin. And, in their own personal life, they should also remember the profound truth of their mission, and be aware that they often hold the body and blood of the Lord in their hands. If they constantly bear in mind that they’re servants of the Heavenly King and guardians of celestial treasures, then they’ll be careful in everything they do.