Humankind and nature are directly interdependent. The smooth and harmonious workings of creation depend on our respect for the natural environment. The disharmony we see in the natural world today is due to the fact that the laws which God put in place to make creation function properly have been overturned. Lack of respect for nature has brought turmoil to the eco-system, damage to the stratospheric ozone layer, pollution of seas and coastlines with non-biodegradable refuse and irrational exploitation of the plant and animal kingdom.

We people are beings of two parts: simultaneously material and spiritual. This double nature of ours is emphasized by the holy Fathers, with Saint Gregory Palamas, for example, saying: ‘People are dual: the outside, the body; and the inner person, that is the soul’ [1]. God made humankind with clay from the earth, blew upon it and transferred his spirit. In this way, we became living, material/spiritual beings. This double entity of ours allows us to rule over the natural world and to have authority over it, in the same way as God has authority over us [2]. We are, therefore, the lords and masters of the world and creation, which is why we were made last of all: to emphasize our superiority and also the fact that all things made were ‘very good’ and were put at our disposal. 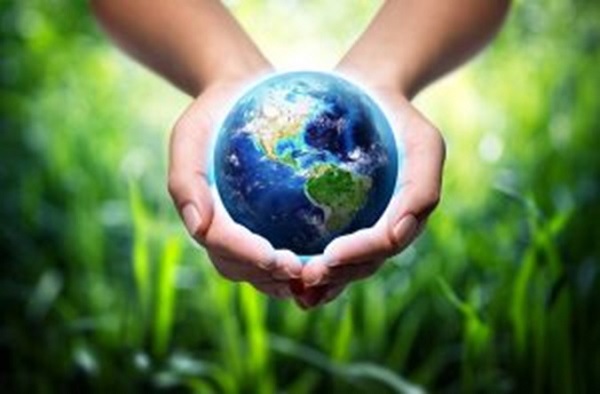 Of course, our authority over the material creation is neither complete nor unlimited. We shouldn’t forget that all authority has specific boundaries. When we respect nature and act without arbitrary violence, we really do become creators and an image of God, rather than vandals [3]. The relationship between humankind and the environment isn’t static but dynamic. Given our spiritual superiority and sensibility, we’re called upon to protect the natural environment. We’re required to maintain the harmony which exists in nature, always bearing in mind that we don’t simply have rights, but also the obligation, according to the phrase in the book of Genesis ‘to tend and keep it’ [4]. This expresses that we may put nature to use, but also that we must protect it. In other words, humankind was made to govern and protect nature, to love creation, and to live in harmony with it and with other people. The harmony and beauty of nature are in a dynamic state. Creation isn’t an event that happened in the past but rather one that’s continuing to be accomplished today and which will continue tomorrow, as well, in the sense that God the Creator and Maker of the universe maintains and sustains all beings in existence. If God ceased to exercise his cohesive will even for a moment, the universe would no longer exist. Nothing can exist unless God wills it. He provides for everything.  He is at the heart of all things and keeps everything alive [5]. Holy Scripture, the Old Testament in particular, highlights the perfection there is in creation, in order to emphasize the wisdom of almighty God. Creation unceasingly speaks of the glory of the eternal Maker. ‘The heavens declare the glory of God; and the firmament proclaims the work of his hands’, as the psalmist puts it [6].

When God finished the creation of the cosmos, he ‘saw everything that he had made, and, indeed, it was very good’. We people have received this beauty of creation as a divine gift, as a blessing. Greece, for example, with its limitless natural beauty, high mountains, deep ravines, scalloped coastlines, turquoise waters and innumerable islands, has been sanctified by a host of saintly ascetics. They dwelt at its farthest reaches and, with the aid of the beauty of each location, were able to ascend spiritually to realms of ineffable majesty and to be united to Christ the Savior. People today, unfortunately have exploited this beauty and crushed it, in order to satisfy their passions and desires. The result of this exploitation and oppression is the disturbance of the relationship between us and nature, and also the creation of a tremendous ecological problem, the scourge of our times. Of course, it is generally agreed that this crisis is first and foremost a spiritual and ethical one. The pollution of nature, the alteration and destruction of the environment reflect the inner pollution and spiritual alteration in people themselves. People today are experiencing the bitter taste of their selfishness, of their greed, their insatiable appetites, their waste and their hedonism. We’re forcing ourselves on nature and nature is repaying us with sicknesses, stress, passions and death. It’s time we came to our senses, became aware, it’s time to revel in spiritual gladness and, in repentance, to address hymns of praise to our Triune God, the ‘Creator of the universe, setting times and seasons by your sole authority’ [8]. In this way, we’ll be able not only to live the rest of our lives in joy and peace, but we’ll also be setting an example to later generations of how to live, so that we surpass the ‘image’ and climb the ladder which leads to the ‘likeness’, to the eternal bliss of the kingdom of heaven.

[8] Dismissal hymn for the Beginning of the Church Year, September 1. [Since 1989, on the initiative of the late Patriarch Dimitrios I, this day has been observed as the Day for the Protection of the Environment].