As many people know, the Greek language has served and continues to serve as an inexhaustible treasury for words in other languages. A large number of scientific, literary, technological and cultural terms are rendered in other languages with adaptations of a Greek word. Some examples of words frequently used which originated in Greek are ‘catastrophe’, ‘telephone’ and even ‘elephant’.

In medieval times, there were many mutual cultural exchanges between Byzantium and Western Europe. In the Early Middle Ages, in particular  (until the 12th century), the cultural impact of Byzantine Greeks on Western Europe was very strong. Within the context of this influence, the Christian peoples of Western Europe and the Slavs borrowed Greek words intact or translated other words from Greek into Latin. Below is a sample of such loan-words.

The first have to do with political or social institutions and are words which were widely used, as they continue to be to this day. 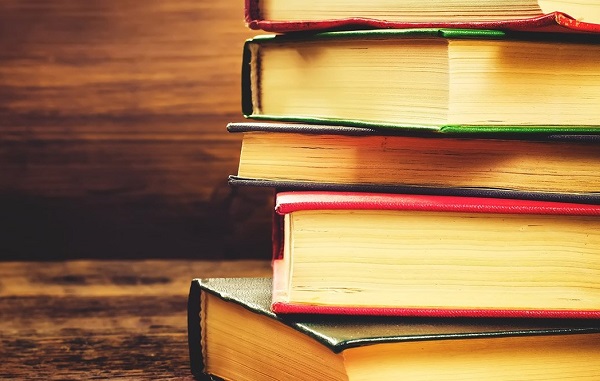 The Byzantine Empire had a comprehensive political ideology. As the continuation of the Roman imperium*- which within the framework of Christianity was transformed into the imperium christianum, it had ambitions for a world-wide policy and cultural domination. The Byzantine emperor was presented as the supreme ruler over all secular kings, Christian or otherwise, and as the protector of the whole of Christendom. All this, as well as the fact that the state was so prosperous, attracted the envy of many enemies, which made it an imperative necessity to build a law-abiding international order, under the leadership, of course, of Byzantium. Thus it was that from a very early date, the famous and labyrinthine Byzantine diplomacy developed. The word ‘diplomacy’, as a technical term has its origins in Byzantium, as do ‘diploma’ and ‘diplomat’. The word ‘diplomat’ was first used in the sense it bears today by North Italian cities during the Renaissance, when we have the first permanent diplomatic missions to foreign countries. The first permanent ambassador was from Venice and resided permanently in Constantinople. Indeed, the earliest known bilateral trade agreement was signed as far back as the 10th century, between Byzantium and Venice.

Besides this, the Orthodox Church has always been distinguished for its philanthropic activity. Charitable institutions were founded as early as the 4th century, funded by grants from bishops, emperors and individual members of the Church. Over the thousand years of Byzantine history,  and under the constant supervision of the Church, the institution of the hospital as we know it today developed. These organized institutions were known as ‘guest-houses’ or ‘hostels’, since they began as places for the reception of suffering pilgrims. The Latin word for ‘welcoming’ is ‘hospitalis’. It was due to the influence of the Byzantine nomenclature that the term ‘hospital’ emerged in Western European languages for institutions of this type.

Staying within the realm of Church terminology, the Byzantines used the word ‘coemeterion; [kimitirion = a sleeping-place] for the burial ground of the dead, since, according to Christian teaching, our departed brothers and sisters are only temporarily dead and will rise on the Day of Judgement, that is at Christ’s Second Coming. It is from this word that the term  ‘cemetery’ emerged which is widely used in all Western European languages to denote the graveyard.

Byzantium, as the worthy successor to Graeco-Roman civilization, was also renowned for its great intellectual tradition, that is public and private higher education. The ‘Pandidaktirion’ [learning center for all disciplines] was founded in the 5th century and reorganized  by Emperor Leo III, the Isaurian (r. 717-741) and called ‘the ecumenical place of learning’. In Latin, ‘ecumenical’ was rendered as ‘universalis’. When the first universities were founded in Italy (end of 11th– beginning of 12th centuries), they were also called ‘ecumenical’ in the sense that they offered all sorts of scientific, philosophical and religious knowledge. In this way, the term ‘university’ was coined**.

Other loan words have to do with material culture and gastronomy in particular. With his wars against the Germanic kingdoms in Western Europe, Emperor Justinian I (r. 527-565) regained many of the lands of the old Roman empire, In Italy, the Exarchate of Ravenna was formed, where a significant number of Greeks from the Eastern provinces settled- merchants, artists, tesserae-setters for mosaics, sculptors and so on. The presence of the Greeks boosted artistic production and, to an extent, raised the standard of life of the inhabitants of early Medieval Italy. Even though the Exarchate was dissolved in the mid-8th century, by the Lombards, Byzantine cultural influence was apparent until the late Middle Ages. Large expanses of Southern Italy and Sicily remained under Byzantine control until the end of the 11th century.

Byzantine cultural influence was felt in a variety of spheres in everyday life and in the cuisine of Medieval Italians. Thus, for example, the Greeks prepared a sweet made of syrup, which they called ‘kiromelon’ [honey].The Italians changed the pronunciation to ‘caramella’ and this passed into English as ‘caramel’. Moreover, from as early as ancient times, Greeks would prepare a kind of long, thin dough which [after being boiled] was eaten at the funeral banquets given in honor of deceased relatives. The Byzantines continued this tradition and called this food ‘makaronia’ a word simplified from ‘makarios’ [‘blessed’] and aiôniôs (eternally) As they ate the food, they would say this expression, meaning ‘May he or she be blessed eternally’. This was abbreviated to ‘makaronia’, from which we get ‘macaroni’. Of course, since then the Italians have created many and varied forms of spaghetti. Finally, the Byzantines had cakes which they called ‘placentae’ or ‘pittes’, from the latter of which we get the word ‘pie’. Besides, in Byzantine Calabria, Greeks and Italians made a pitta which was salty and open. The basic ingredients were cheese, onions, olives and, more rarely, various cold meats. This was the precursor of today’s widely-popular ‘pizza’, which was a garbled version of ‘pitta’ [See G. Alessio, Atti dell’Academia Pontaniana, vol. 8, 1958-59, pp. 261-280].

*The ‘Byzantines’ called their state ‘New Rome’ and themselves ‘Romans’.

**Strictly speaking, ‘hospital’ and ‘university’ aren’t loan words, but calques i.e. the word itself isn’t borrowed but the meaning is. On the other hand, the modern Greek word for house, ‘spiti’ is a genuine loan word- from the Latin ‘hospitium’!