‘A city built on a hill cannot be hidden’

‘A city built on a hill cannot be hidden. No one after lighting a lamp puts it under the bushel basket, but on the lampstand, and it gives light to all in the house’ (Matt. 5, 14-15).

How does the world want people today to be seen to be and to behave? Apart from the necessary factors of work, and basic respect for laws, that is observance of rules, our culture nowadays requires each of us to accept the rights of others. Do what you like; just don’t annoy other people. So long as you don’t deprive them of the right to do as they like, as well; so long as you don’t affront their dignity. If you get on well and they do, too, then everything’s fine. Our happiness depends on our material goods. On our ability to enjoy what we have, our body, the bodies of others; if possible with little to no responsibility. The world wants us to be free, even if freedom involves indulging our desires, some of which become passions. 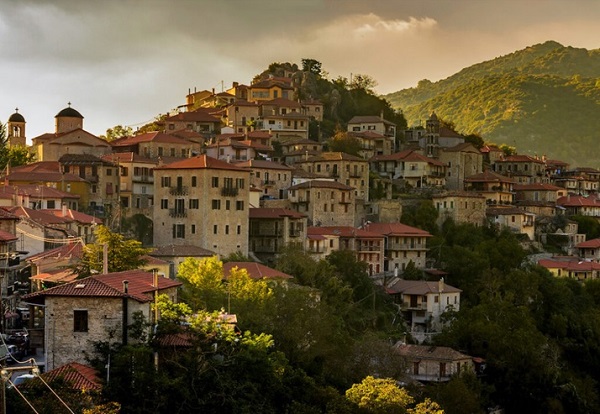 The Gospel has a different model for us. In his Sermon on the Mount, Christ asks each of us to become a light and to be like a city which can be seen from all around because it’s built on a mountain. In other words, what he wants from us is transparency, not only in our words and deeds but also in our thoughts. What we are, we should be seen to be. And in this perspective there’s no room for darkness. There’s no room for behavior that makes people close in on themselves; there’s only love and all that that involves.

Christians, real cities who can’t be hidden, can find room in the hearts of all their fellow-citizens. That is, they have room for the whole world. This isn’t a model for showing off. It’s a path to having an encounter with everybody. This is why Christ requires us not to judge: not in the sense of desisting from condemnation and the refusal to accept other people, but of seeing what goes against the Gospel. By speaking one on one or in front of ‘witnesses’, we can then offer them a way to change. Or we can do this by silence, which will be expressed through prayer or patience, depending on our gifts. Christians should be models of light and love. This doesn’t mean that they won’t sin any more or that they won’t err in their lives. What it does mean, however, is that they’ll be in a position to shoulder the responsibility for their words, deeds and thoughts and to help others in their need for truth. And, as far as they can- the rest will be completed by God’s grace- they should try to become sign-posts in the life of others, so that the city isn’t hidden.

We people hide when we’re ashamed. Just as Adam and Eve, after their disobedience to God’s will in paradise, hid when they heard God’s footsteps, so we also hide by denying the Gospel, though we do our best to justify doing so. Because the Gospel’s within us, in our conscience. Even when our soul’s so depraved that it thinks sin is a virtue or a right, something within us makes us feel that we have to hide. This becomes fear, depression, insomnia, an attempt to justify ourselves publicly, to claim our right to a life which is in opposition to the Gospel, to become not merely acceptable, but also as ‘true’ as the truth. We see it today in issues such as abortion, diversity, the refusal to acknowledge that there are unwritten norms whose provenance isn’t recorded but which operate in the depths of our soul. Society, and Christians in particular, should show respect and understanding for human wounds, should hold out the prospect of forgiveness, acceptance, love, repentance, and expectation of healing by Christ. In fact, however, society demands not pardon of sin but acceptance of sin  as a right and, in the end, a virtue. And action brings reaction. Polarization, division, and a new generation increasingly estranged from the path of faith, the path of light, the path of the city, the path of the Gospel. Instead, it accepts the way of the world.

But unless we follow the path of faith, the path of the city, how will we, society as a whole, be able to accept ourselves, in the first place, and then all the others, since we’re all wounded and lying in darkness; some more than others, but all of us in the end? If we write Christ out of our life, everything’s permissible. What’s unnatural becomes natural; what’s sick is deemed healthy; and what’s really healthy will be considered ordinary, of no particular value. We Christians are called upon to set a boundary, even if this means we’re alone in the effort. The boundary is love and understanding. But love without truth no longer functions as a sign-post, as the city, as the light, and this causes confusion.

Christ’s exhortation that we should become a city of light, love, and shining truth seems to be our duty as Christians. This may bring with it psychological, social, or bodily costs. But it’s the only way for God to be glorified in the highest and for us to move onwards as those who’ve been called: as children of the light.