Following a request by the Office of Military Chaplains, part of the General Staff of the Greek Armed Forces, the Holy Permanent Synod of the Church of Greece has declared Saint Paisios the Athonite to be the Patron Saint of the Corps of Signals.

Thinking Christians are often troubled by the question: how is it possible that the Church, which blesses the peacemakers (Matth. 5, 9) and has as its Head Him Who was meek and humble of heart (Matth. 11, 29), the Prince of Peace, should assign saints to be protectors of troops. 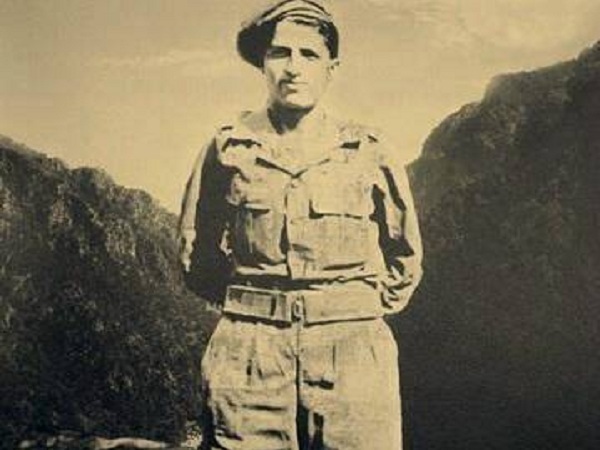 This thought is reasonable and healthy as regards its starting point. From the very first years of its theological thought the Church condemned murder and war (see Origen, Against Celsus) [1]. Nor did it accept those who fell in time of war as martyrs.

It also knows, however, that, because of human greed and egocentrism, war is, in many cases, an unavoidable evil. In such instances, the position of the Church is to side with the injured party, the one on the defensive, with those who are protecting the great blessing of freedom and their hearths and homes.

The spirit which the Church encourages in such instances isn’t one of hostility or murderous efficiency, but that of self-sacrifice and selflessness. In essence, the spirit of martyrdom. 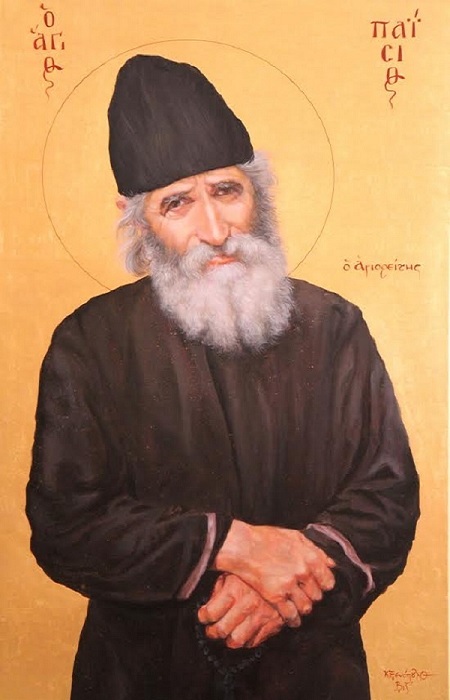 So it is that, in the days of spiritual crisis in which we’re living and which is spreading to all the fields of human activity, the Church has provided the Corps of Signals with a patron who is a martyr of conscience: the Blessed Elder Paisios, who was so kind and comforting to any soul who was suffering or in need. Saint Barbara and Saint George are so many centuries removed from us that it’s difficult for us to have any intimate knowledge of their personality, but Paisios is a Saint of our own times, he’s one of us. He’s someone we listened to, saw, touched. If you read his Life, especially the parts dealing with his military service, you’ll see for yourself his courage, which was accompanied by martyr’s spirit of sacrifice. The Saint was decorated and honoured not for the damage he caused the enemy, but for the spirit of self-sacrifice he showed towards his comrades in arms. He preferred a thousand times over to place himself in danger, if that meant that others would be safe and sound. He condemned stark violence and war crimes, no matter which side committed them and always maintained a spirit of love and fellow-suffering, even towards the enemy.

Another great Elder, a contemporary of Saint Paisios, Elder Sophrony Sakharov wrote that: ‘of all the afflictions of the human race, the worst is war’ [2], because of the hatred that it leaves behind as a demonic deposit, a poison in our hearts and minds. His own elder, Saint Silouan the Athonite made love of one’s enemies an ecclesiological criterion for the authenticity of the Church [3].

With all the above very much in mind, instead of some successful and efficient wartime leader, the Orthodox Church advances a humble saint as an example to follow in times of conflict.