The bodiless presence of the Divine Word and the Holy Spirit in the Old Testament. A response to anti-Trinitarian claims

From the time of the Renaissance until today, a common effort has repeatedly been made on the part of all the anti-Trinitarian heresies which have made their appearance since then to declare that the teaching concerning the divinity of Christ lacks any Biblical foundation. This is part of their war against the Holy Trinity, and denies any claim to the pre-existence of Christ before his birth to Mary, as well as any claim to a hypostatic distinction of the Holy Spirit and his divinity.

Such claims, it’s said, are anti-Biblical doctrines. According to these heretics, only the person of the Father can exclusively be recognized as God. Their basic argument in the formulation of their positions is that the Old Testament has nothing to say about the pre-existence of God the Word or the distinct hypostasis and divinity of the Holy Spirit. 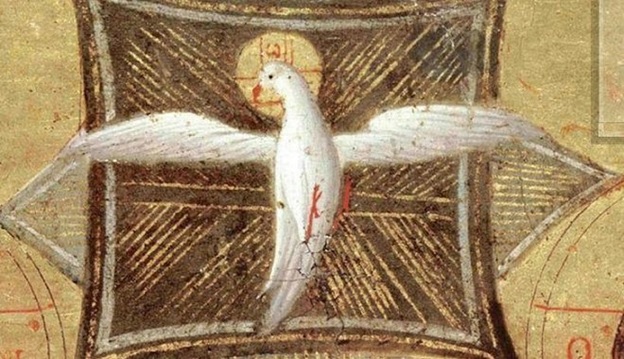 With this as their starting point, they enjoy bringing disparaging charges against Christians who accept and confess the divinity  of God the Word and the Holy Spirit. Among other things, they introduce pagan, polytheistic doctrines into the Christian world. On the historical plane, they deride outstanding saints and Fathers, such as, for example, Athanasios the Great and Constantine the Great. They also make unprecedented and unfounded claims concerning unparalleled ecclesiastical events, such as the ecumenical synods. All this in combination with whatever false charges and vile descriptions they manage to invent.

The incorporeal presence of the Divine Word in the Old Testament

Patristic teaching and thinking, on the other hand, firmly based on evidence from the Old Testament, support the bodiless presence of the Divine Word therein, as part of the mystery of divine providence. They point to a host of divine manifestations, particularly in the form of a messenger from God.

In the Prophet Zechariah  (chap. 2, 10-11), there’s a reference to the Lord (Yahweh) who sends another Lord (Yahweh). The Prophet Malachi (chap. 3, 1-2), speaks of the Lord who will come to his temple. This Biblical reference refers to the Messiah, as confirmed in Mark (1, 2). The original text uses the Hebrew word ‘Adonai’, translated here as ‘Lord’. This is a term which is never applied to anyone other than the supreme deity. By the same token, the temple, which was a holy space exclusively for the presence and worship of Yahweh, is called his own temple. So this is more Old Testament evidence concerning the divinity of the Word in the Old Testament and is linked to the mystery of his incarnate providence.

The above Biblical passages are evidence not only of the presence of God the Word in the Old Testament as a hypostasis next to that of God the Father, but also of his divinity, since the same divine names are given to God’s messenger as are assigned to God the Father, which would be inconceivable if he were another created being like the rest of the angels.

The person of the Holy Spirit in the Old Testament.

The modern Pneumatomachi, who deny and fight against the Holy Spirit as a distinct hypostasis in the mystery of the Holy Trinity, enjoy invoking the multiple meanings given to the term Spirit in Holy Scripture and particularly in the Old Testament. The result of this tactic of theirs is that they characterize the All-Holy Spirit as an impersonal force or energy of God the Father.

With this in mind, we may safely say that the claims concerning anti-Biblical doctrines and the lack of evidence for the divinity of the Word, of his pre-existence and of his manifestation as a distinct hypostasis in the Old Testament, as well as those concerning the third Person of the Holy Trinity are theologically unsound, antiquated and lack substance.