The energy and spiritual crisis

One of the consequences of the war in the Ukraine following the Russian invasion, which is unfortunately on-going and to which there is no end in sight, is the energy question. Natural gas, petroleum and other forms of energy, together with the dependence of countries, particularly in Europe, on Russian pipelines, as well as efforts to become independent of them, has forced countries to turn to other producers. But because this involves new infrastructure, new pipelines and so on these countries are, of necessity, making a return to older forms of energy and technology which had been rejected and abandoned in the past for ecological and other reasons. These include lignite, hydrogen and so on. 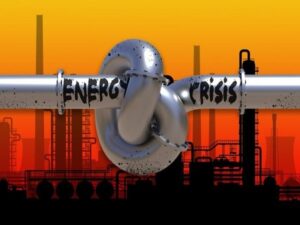 Energy self-sufficiency in a country hasn’t to do only with the daily needs of its citizens and industrial infra-structure, but is also related to events on the world stage generally. This has been acknowledged realistically in practice by all states, because of the outbreak of war and the fluidity of global developments and alliances. And what is certain is that, apart from the energy crisis, there is also the issue of rising prices, since filling the gas tank of your car or keeping warm in winter is a really painful process which weighs heavily on the family budget. Given that the problem is external and global, no one government can alleviate the problem, much less solve it, no matter what measures it takes.

Doubtless some people will be wondering why we’re mentioning all this and where we’re headed with it. Naturally, we’re going on to the second part of the title of our article: the spiritual crisis which lies behind today’s energy crisis, behind the war, behind the economic crisis and, in general, behind all problems, be they global or personal. The spiritual crisis has to do with our relationship with God and with the cooling of love between us and God, between us and our neighbors, and between the totality of human societies and communities. If there were real love respect, and a sense of justice and not the predominance of the law of the strong over the weak, then there’d be no wars, nor any attempt to impose one’s interests at the expense of fairness, nor profiteering to the detriment of most people, especially those who are badly-off financially.

It’s a really pathetic picture which exposes all of us, governors and governed, believers and unbelievers, modernizers and traditionalists for what we are. Even though there’s the means and sufficient energy supplies for everyone, vested interests and the global system, as well as those who consciously or unconsciously control them, don’t allow everyone to enjoy what should be available to all, without fear, insecurity and worry about tomorrow. Or concern over the future of our children, the new generation that’s emerging to take up the baton and go forward after us, and, at some stage, without us.

The solution is faith and real trust in God. Instead of turning to powerful people and begging for a little more energy, we should turn in faith to the creator and sustainer of the universe, our own triune God and ask him to ensure not only our daily bread, but everything we need for our lives to function smoothly. God won’t abandon us, provided we ask with faith and in repentance. The God of mercy won’t disappoint us but will become our benefactor and will help us overcome this difficulty in our life, too. Amen.