A miraculous appearance by Saint Iakovos during the divine liturgy

I’d also like to mention a miraculous appearance of the Elder, after his demise, during the divine liturgy.

We’d removed the roof of one wing of the monastery and I had the responsibility for the repair and placement of large iron structures for the new roof (because I’d worked in construction before I became a monk).

Since the job was so big and the technical equipment was so rudimentary here [at the Monastery of Saint David the Elder], and also because I didn’t have any trained assistants I was worried about how we were going to finish the job, especially since the rains had begun. So while I was in church and the divine liturgy was in progress, I couldn’t get my mind off this concern. 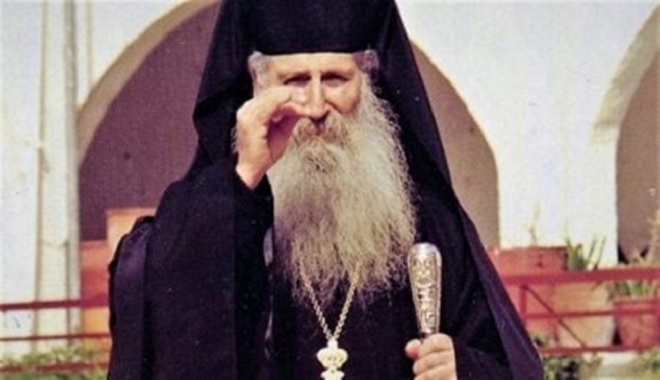 Suddenly, I saw the Elder [Saint Iakovos], wearing a cowl and bathed in bright light, coming out of the south door of the sanctuary.

His beard was like diamonds. The light surrounding the Elder was so bright that I couldn’t see anything else in the church, although I could hear the choir and the priest.

So he approached me with a face full of joy and said: ‘Let me tell you, son…’.

His words dispelled all the anxiety within me regarding the job. In fact, I thought that if the Elder was going to tell me, what more did I want?

At that moment I heard the celebrating priest exclaiming: ‘Your own of your own…’.

I then felt God’s response in my soul, as regards the job, that is, that everything is his and that we offer it back to him. Because of the sanctity of the moment, I knelt, and the Elder disappeared from before my eyes. Then I saw the church as it really was.

So it’s a fact that the Elder’s here and alive. He helps us with everything.

And that’s what happened. The job was finished before we knew it and we were amazed.

But we shouldn’t be amazed, but should rather glorify God who allowed us to know and have the blessing of living under the guidance of such a servant of God, who then and even more so now, supports us in all our spiritual and material needs.