”He was nourished by prayer and did not feel the pangs of hunger”: New Martyr Theocharis from Neapolis, Asia Minor

In 1740, the Ottoman Empire was at war and Sultan Ahmet ordered that all the male children of Christians be taken off to army camps. Theocharis, who was an orphan, was picked up with other children and begged the Lord day and night prevent him from being tortured. One day, the cadi of Neapolis in Cappadocia visited the camp and noticed the young man. He took him into his service, with the task of looking after the stables. One evening, the wife of the cadi saw Theocharis praying on his knees for a long time with his hands raised to the heavens. Impressed by his piety, she persuaded her husband to marry him to their daughter. 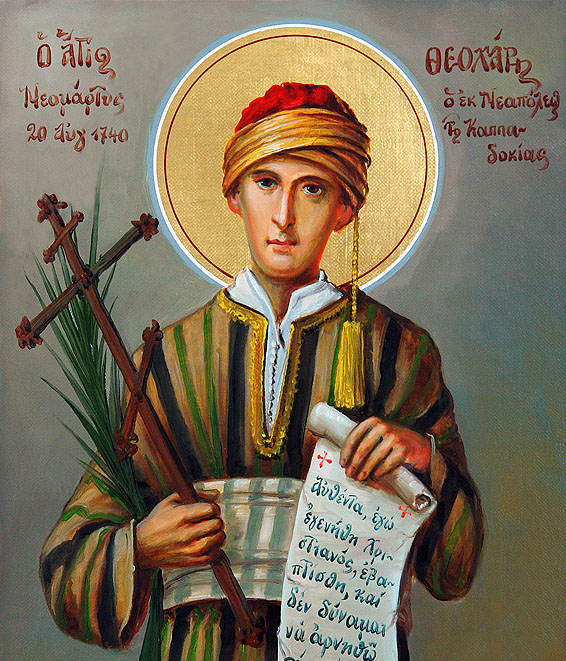 When the cadi offered to make him his son-in-law and his heir, on condition that he embraced Islam, the young man replied: “I was born and baptized a Christian and it’s impossible for me to renounce the faith of my ancestors”. The judge considered the answer to be insulting, and sentenced him to death by starvation. Theocharis went to church to confess and to partake of the spotless Sacraments, then returned to his master. When he repeated his refusal and confessed his faith, they cast him into prison without food for many days. But he was nourished by prayer and did not feel the pangs of hunger; he was satisfied with a little water now and then. 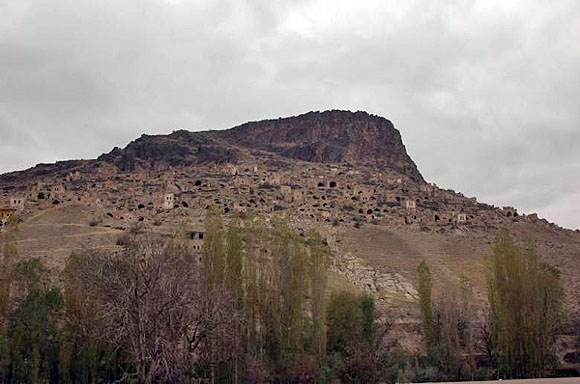 The now abandoned village of Neapolis in Cappadocia

On 20 August, after he had rejected new proposals from his master, he was taken an hour’s journey out of town.  In answer to the last question of the executioners, he began to pray. The former thought he was mocking them so they stoned him and then hanged him from a birch tree. When they threw him into the hole they had dug for him there, a fierce storm arose, which spread panic among the Turks. The saint’s relics were found later, after a revelation and, in 1923, refugees from Asia Minor took them to Thessaloniki, to the church of Saint Katherine. As for the birch tree where Saint Theocharis was hanged,  it became a place of pilgrimage for Christians and Muslims alike.