The Kingdom of God

There are ecclesiastical terms which, I think, are difficult today for people to understand. One such is ‘The Kingdom of God’. It seems to refer to dominion, authority, and dominance. This is why, when we say ‘May the Kingdom of God come to pass on earth’ or ‘Your will be done on earth as it is in heaven’, it may well be taken as a prayer for the abolition of the governments and authorities in the world and the institution of government by God and His own people.

This expectation began with heretical doctrines, but it seems to have persisted in some Church circles to this day, not as teaching but as the conviction among some of the clergy and laity, who try to influence others. 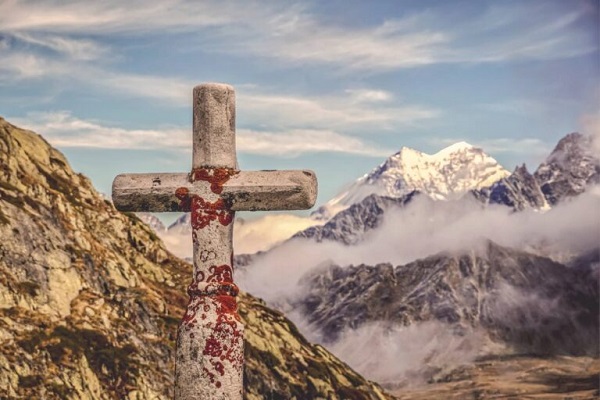 If we’re to experience the truth of the Church, rather than anthropocentric delusions, we have to understand the following two points:

2. The Kingdom of God is radically different from the authorities in the world inasmuch as it’s an internal state, ‘within you’, as the Lord Himself observes (Luke 17, 21). It expresses itself externally, through peace which, according to Saint Nektarios is ‘divine action for the dominion of the Kingdom of God on earth’.

In a world where people are stressed, under pressure and in confusion, the Church is summoned to offer the Kingdom of its Founder, not as a verbal declaration, but as a way of life which can be seen in that of its saints. The saints, who are people like us, desired, strove for and seized the Kingdom of God and demonstrated that its dominion on earth is feasible.

Some people who were ‘nonentities’, humble and of no account, and others in official positions who nevertheless continued to have a low opinion of themselves, were filled with the Grace of God, His peace and joy, and they transmitted these to people near and far as a blessing, respite and relief.

Christ said that the Kingdom of God is not coming in an observable way (Luke 17, 20), in other words, in a manner that everybody can plainly see. Those who expect ‘signs and wonders’ which will herald a world created by angels, without wars, starvation and misfortunes will be disappointed.

For as long as this fallen world exists, one where the consequences of our ancestral sin continues to hold sway, the Kingdom of God will be hidden among the humble, among those who love as God does, among the peaceful. It’s these people, who understand the mystery of God (Mark 4, 11), who will confirm its existence and its final triumph at the end times of history. Then the Lord, Who will have come ‘in his glory, with all his holy angels’ (Matth. 25, 31), will transform the whole world, will immortalize our bodies, will abolish time and will usher in eternity. Because ‘His Kingdom will have no end’ and His love will be confirmed throughout the ages.