Nikitas was born in the land of the Goths and was a disciple of their God-bearing bishop, Theofilos, who took part in the 1st Ecumenical Synod in Nicaea in 325. 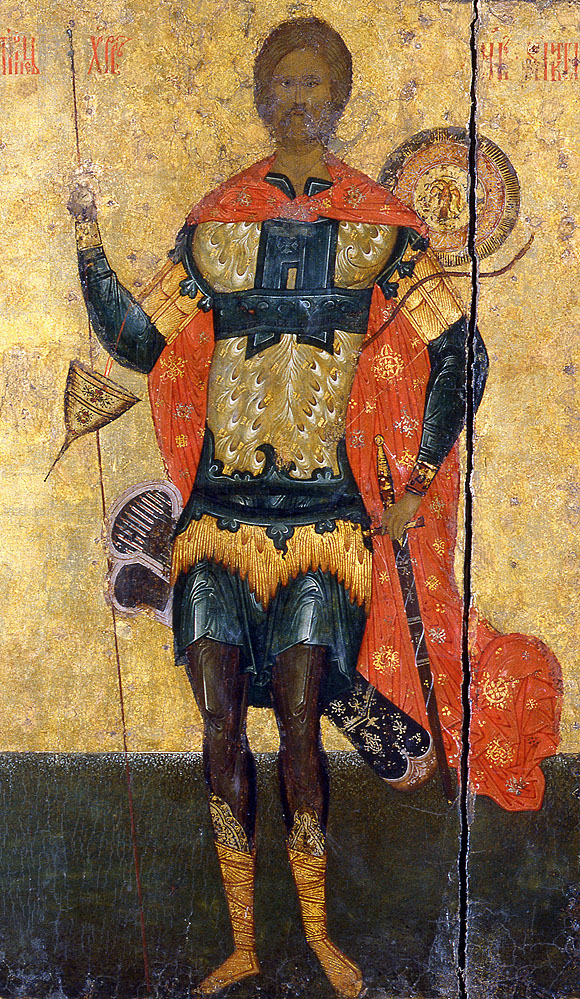 When the leader of the Goths, Athanaric, began to persecute and torture Christians, Nikitas opposed him with boldness and denounced him as an inhumane idolater. He was immediately arrested and tortured cruelly. He not only withstood this, but confessed his faith in Christ with even greater ardour and rendered thanks to Him. His mind was continually elevated towards God and in his hand, beneath his robe, he held an icon of the Most Holy Lady, the Mother of God, with the pre-eternal Christ-Child holding the Cross in His hands. Nikitas always had this icon with him, because the Mother of God had appeared to him and comforted him. In the end, the torturer cast him into a furnace and the saint gave up his spirit, though his body remained untouched by the fire. 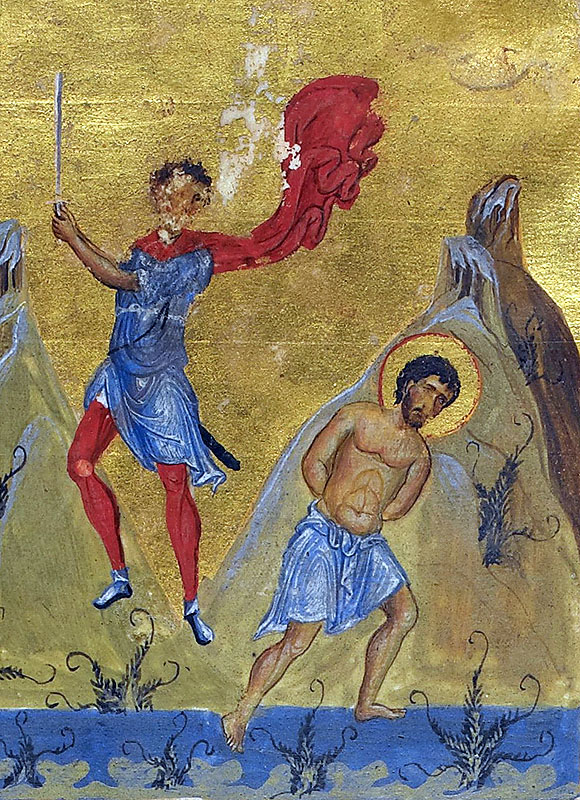 A friend of the saint, Marianus, took his lifeless body from the lands of the Goths (Bessarabia and Wallachia) and brought it to Mopsuestia in Cilicia. There he built a church which was dedicated  to Saint Nikitas and placed the martyr’s wonder-working relics there. Saint Nikitas was martyred in 372.

He is a true patriot, among all the people,
who founds a real sacred altar,
to the glory of the Living God.

The Goth Athanaric ruled with violence
and offered sacrifices to the inanimate idols.
But Saint Nikitas was a soldier of Christ
and a herald of eternal salvation.
He sent rays of the Eternal Light through the night,
dissolving the idolatrous gloom which
wrapped souls like a shroud.

Saint Nikitas stood against the prince
and his firm resolve astonished his people.
With the power of the Honourable Cross he pierced the darkness
and filled all his people with the fear of God.

His holy blood was the sweet,
rosy dawn of a new day,
while his spirit ascended to the courts of heaven.

Nikitas was burned in the dreadful fire,
but to this day the fire has not consumed him;
his relics have been preserved intact!

The Goths were baptized into the Truth of Christ
and praised Nikitas, their victor.

Saint Nikitas, voice of the trumpet of God!
Brave martyr, true lover of your land.
You have left behind the dwelling-places of the earth
and now reside with the choirs of angels
in the courts of God the King.
Pray for us, you who have boldness towards the King.