“Thy birth, O Theotokos, has proclaimed joy to the whole world…” 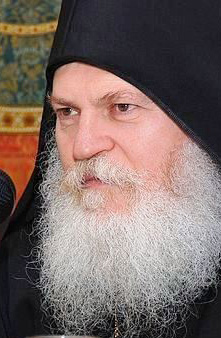 A homily of the abbot of the Great and Holy Monastery of Vatopedi, Archimandrite Ephraim, in the refectory of the monastery at the Feast of the Mother of God on September 8th.

Today is a cause for spiritual joy and rejoicing, my dear brothers and fathers, for today we celebrate the birth of the ever-virgin and God-bearing Maria, that most fragrant flower who sprung forth “from the root of Jesse.” We celebrate the “birthday of universal rejoicing,” which constitutes the “entrance of all of the feasts and the prelude to the mystery of Christ,” according to St. Andrew of Crete. Birth, which became the agent of the rebirth, of reconstruction, and the renewal of all things. Today she is born who will give birth, in time and in an incomprehensible and strange fashion, to the timeless and pre-eternal God the Word, the Creator and Savior of the world. 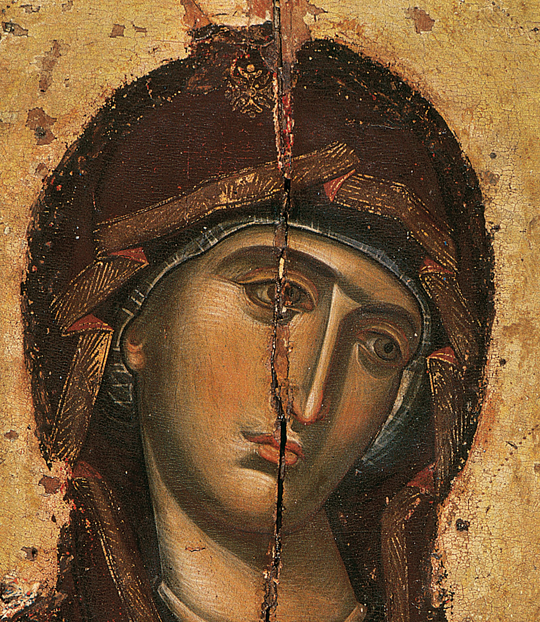 In the Old Testament there are many passages that foreshadow, prefigure, and prophesy Her. She is the completion, the fulfillment of the Old Testament pedagogical preparation of humanity for its acceptance of the incarnated Savior God. Our Panagia was prefigured by the burning bush in Moses’s vision, by the God-written plaques and the tabernacle of the Law, by the heavenly manna, by the golden seal, by the lamp and the altar, the blossoming rod of Aaron, by Jacob’s ladder, the wool of Gideon, Daniel’s uncut mountain, the fiery furnace which with its fire cooled the Three Children, as well as by the Holy of Holies in the tent of witness. The Theotokos is the borderline between the Old and the New Testament. For the Old Testament, she was the message of the prophets, the hope of the righteous; while in the New Testament she becomes the sweetness of the angels, the glory of the apostles, the courage of the martyrs, the delight of the venerable, the boast of humanity, which is why she is glorified by “every generation.”

All of creation awaited her birth. Our Panagia is the “fruit of creation” according to St. Nicholas Kavasilas, she is the measure that all of creation is to attain. Just as the tree exists for its fruit, in the same way creation exists for the Virgin and the Virgin for Christ. The Fathers emphasize that not only people, but also the heavens and the earth, all of visible and invisible creation were created for the spotless Virgin. When God, at the beginning of the ages, fixed his gaze on His creation, He said that it was “very good,” He essentially saw before Him the fruit of all creation, the All-Holy Theotokos, and His praise was truly the “good report of the Virgin.”

On this day, all creation receives a blessing from the birth of our spotless Lady. “This new creation,” was not simply the greatest woman on earth, nor the greatest woman of all periods, but it was she who alone could draw heaven to earth, to make God into man. The creator God the Word created human nature in such a way that when He needed to be born, He would be born from His mother. The invisible and unseen God comes to earth through her and becomes visible; He is united and communes with creation in a more substantial and united manner. Through His human nature, He unites all of creation in His hypostasis and divinizes creation. The unique and unrepresentable God takes on the “form of a servant” (Philippians 2:7), human flesh and a rational soul, lives among men and walks upon the earth. The “One who is unable to be held” will fit into the virginal womb of the Theotokos, such that His All-Holy Mother will be regarded as the “land that held Him who could not be held.”

Today Anna’s barrenness is overcome and the “keepsake of all the world,” as St. Cyril of Alexandria described her, is born. Many times in the Old Testament, God made a similar miracle: with Sarah the wife of the patriarch Abraham, with Rebecca the wife of Isaac, with Anna the mother of the prophet Samuel, with Elizabeth the mother of the prophet and forerunner John the Baptist. But today’s miracle is very different from these miracles. The children of the aforementioned mothers, whose barrenness was miraculously cured, might have been virtuous and holy, but only Mary the child of Anna and Joachim was “the one who was full of grace,” and was made, unbelievably for both men and angels, the Mother of God.

Our Panagia was not born through a virginal, supernatural conception, as the Roman Catholics mistakenly believe, but after natural relations between Joachim and Anna. Anna’s natural barrenness was overcome thanks to God’s immediate intervention as an answer to the prayers of the righteous grandparent’s of God. The elderly Joachim and Anna came together without any fleshly attraction or pleasure, but only out of obedience to God. In this way, with this action they put a stamp on their chastity. In this way, the Virgin was conceived, “chastely in the bowels of Joachim and Anna.” That she was conceived chastely means that the way she was conceived was pure. However, in order for the Virgin to be free of the ancestral sin, to have had an immaculate conception, she would have had to have been born of a virgin, as Christ was.

In order to bear such a child, the righteous grandparents of God revealed an unshakeable faith, unswerving patience, they fed the hope that does not put to shame, they had great endurance in the prayer that God would fulfill their request. And they did not endure their barrenness for a short period. The tradition says that Anna conceived the Theotokos after fifty years of barrenness.

This stance of the grandparents of God should be an example for all of us, my dear brothers and fathers. It’s not only our lay brothers, who are unable to conceive children, who should not lose their trust in God for, “the things which are impossible with men are possible with God” (Luke 18:27), but for us monks also and all the faithful who fight the “good fight.”

We often give up, or grow impatient in our struggle and say that we haven’t realized anything, we don’t sense grace, we get anxious. So, saddened as we are, our zeal is quenched, we slacken our fighting spirit and our asceticism.

We mustn’t be this way, though, my brothers. What would have happened if, because God didn’t respond immediately to their prayers, the grandparents of God had stopped calling on Him and believing that they would receive? What if they had stopped calling out, beseeching God, hoping? What great patience and strength they showed for so many years!

So as to develop the spiritual “need for great patience,” St. Isaac the Syrian lived the lessening, the absence of divine grace, the pains of noetic warfare, for thirty years. He received a constant stream of divine grace after these long years of bloody battle and patience. We refer to this, especially for us monks, who were called to receive the fullness of grace. Patience in sorrows is necessary, faith in the promises of God, perfect obedience to the will of God and hope, for we “always ought to pray and not lose heart” (Luke 18:1). God knows when it is in our interests to give us His inexplicable, unexplainable, and priceless divine gift, His divine grace as a constant state. “Spiritual gifts come upon us,” Abba Isaiah notes, we don’t decide when and how we receive them.

In fact, before God gives us some blessing, a gift, He often tests us with a temptation, the result of which determines whether or not we’re found worthy to receive this divine gift. We note this, also, in the grandparents of God who, when the time approached for God to give them a child, He allowed them to be tested even further. It was the Feast of Tabernacles, and when they went to the temple to offer gifts the priest Rubin shamed them by telling them that they weren’t worthy to offer gifts to God, as they hadn’t had any children for Israel. The grandparents of God were very saddened after this, but they did not despair. They took refuge in “deep prayer,” Joachim went to the mountain and Anna went to the garden, and their prayer was finally heard, when the angel of the Lord informed each one individually that the conception would take place, along with the birth of a child that would be known throughout the world.

And so we, too, my dear brethren and fathers, let us show ungrudging patience in our sorrows and in temptations, which God allows for our own good and spiritual growth. I pray that our Lady Theotokos and the grandmother of God Anna, who have the gift of healing barrenness, might heal our barren hearts, lacking spiritual good works, so that God might send His sweetest divine grace into our hearts, which beautifies, renews, destroys death, and saves man from corruption.