How to cure the tendency to judge others

Every human character can be considered weak if it lacks the grace of God which perfects and maintains everything, since ‘it cures that which is sick and supplies that which is missing’. This is what the Lord is emphasizing when he says that: ‘without me you can do nothing’ (John 15, 5). But apart from the presence of grace, what’s also needed is the human compliance and cooperation which, in accordance with the ethical rules of logic and the divine commandments, will bring about divine intervention.

People who are quick to judge others do so because they’re accustomed to examining the thoughts and actions of other people rather than their own. They forget the words of Scripture: ‘do not judge, so that you will not be judged’ and ‘according to how you judge, so will you be judged’. 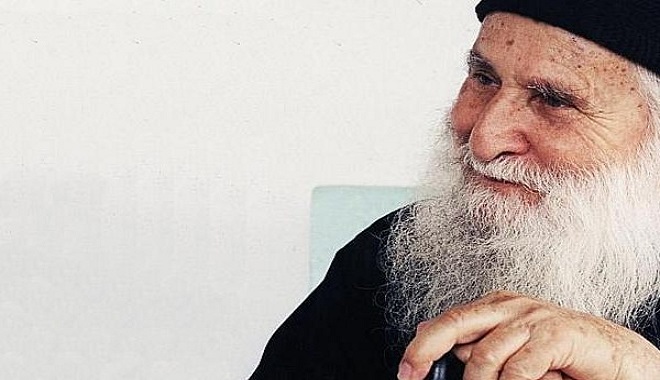 The lazy habit of judging the words and deeds of others is a spiritual sickness which comes from degradation of the rational power of the mind, which is, in itself, likely a product of egotism.

Introversion, accompanied by self-criticism, is held to be essential for the diagnosis and recognition of our own errors and mistakes. A necessary rule and dogma for life is the Gospel legislation, without which people can’t find themselves. The ‘law of the spirit of life’ (Rom. 8, 2), which is able to liberate us from the death we’ve plummeted into, marks out the new paths of life for us. Love unites ‘the separated into one’ and creates a bond, a sense of communion. It teaches us that we ought to lay down our souls for our brothers and sisters (1 John 3, 16), bear one another’s burdens (Gal. 6, 2) and all become one in love (1 Cor. 16, 14).

Ignorance of the teaching of the Gospel puts us at the mercy of the irrational and distances us from divine grace. People who have no knowledge of God and are therefore not illumined, make mistakes in their judgments. This is where they discover the right to ask ‘why’, and ‘if’ and ‘maybe’. That’s when they start finding fault, being contrary, disobedient, hateful and, in general, wicked. The Lord’s able to unburden us from all this when he says that he gives us a new commandment: to love one another (John 13, 34) and that people will know his disciples because  love will reign among them (35). Those who’ve taken care to keep the law of Gospel love, in accordance with the Lord’s commandment, are liberated from all-encompassing wickedness. Then they don’t judge, they don’t make plots and they don’t do wrong. With no particular effort, they’re released from their former self and from the whole law of depravity, since everything comes under the auspices of love.