‘Not I, but the grace of God that was with me’

Saint Paul calls to mind a very great truth for us Christians: that no work in our spiritual life can prosper unless the grace of God is present to accompany us. Paul dispels the illusion of egocentric almightiness which is so typical of people in the various facets of their life, particularly the spiritual. We confuse religious practices with spirituality. We believe that, because the tasks of religion are defined and the results tangible (fasting, prayer, almsgiving,  church attendance, the teaching of the Gospel) it’s easy to learn these and to make progress. And this makes us feel self-sufficient. Religiosity’s comfortable. It breeds and is supported by patterns- mostly moral ones- which make religious people certain of their progress. The truth is, however, that religious practice is a means, but not the authentic path of spirituality.

All religions have commandments. They have a canonical framework which allows their adherents to enjoy their certainties. Moreover, when these certainties are accompanied by a post-death reality which is a reward or punishment, religion readily breeds the sense that we’re able to do anything. Spirituality, however, is that which has been described by Saint Paul, the other apostles, the saints and the Church throughout the ages: it’s the grace of God ‘with me and with every person’. 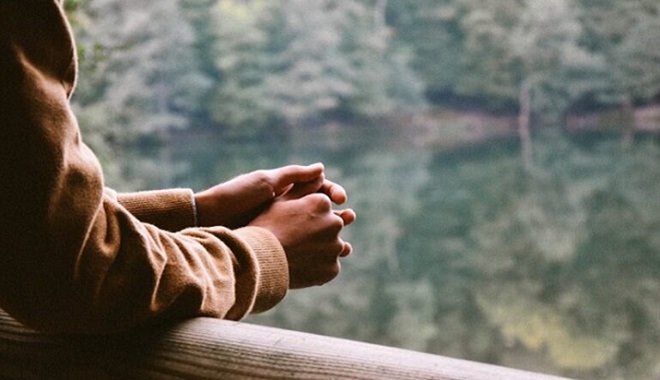 Clearly grace doesn’t deny the works of religious practice. Christ came to bestow perfection, that is sanctity, salvation and the resurrection, on humankind, but he understood our weaknesses, our fears, our need to have tangible signs to show our desire to follow him. But he never ceased to show us the way to meeting him. He didn’t separate the works of morality and religious practice from his own presence in the life of the world. People wouldn’t be able to carry out any of these tasks if Christ were not with them. And at times he allows the fall of people who are egocentric, who deify their self, even if they’re speaking in his name, if there’s no other way of giving them the opportunity to repent, that is, to recognize that Christ and their relationship with him is everything in life.

God’s grace is a spiritual force which he bestows on us to enable us to encounter Christ and confess him. It allows us to share with others not our ego, our achievements or our ideas, but our thirst for Christ, for Christ’s truth, for faith, for hope and for love. Grace can’t be explained in words, nor by reason. It’s bestowed as a gift of power, as discourse that is a call to the cross, repentance and resurrection. It’s the experience of abandoning your existence to God’s providence. It’s testimony which makes us labor spiritually, in humility; it makes us question, trust, share with others the truth we live. But mainly it’s allowing Christ to have the first and last word.

Grace requires repentance and ascetic effort. It’s true that the Spirit blows where it wills. But if people don’t seek Christ; if they don’t see God’s will behind words, deeds, encounters, trials other people and death; if instead they try to arrange everything in accordance with their own views, then they’re acting from the perspective of their own religiosity, of partisanship and, as such, neither save nor are saved.

Grace is patient. It allows people to make their way. It gives them opportunities. It helps them grow. At times it glorifies them. The problem is whether people act out of religiosity or spirituality. It’s whether they feel that Christ is their measure and standard. And this doesn’t concern only apostles or those who follow the path of the apostles. It concerns each and every Christian, because our call isn’t to individual self-sufficiency or to complacent contentment with observing religious practices, but to a relationship with Christ, to encountering our neighbor as an image of God, as love. This path requires repentance and ascetic effort so that we don’t expel grace but rather keep it close by us. In the end, we want to believe that it’s grace that does the work and that we are its vessels, in order that we might be saved and help others to salvation. This is the path of the Church.