One of the great Elders of recent years was the Romanian hieromonk Fr. Teofil Paraian (†2009). Blind from birth, he nevertheless completed his studies at the Theological School of Sibiu and then entered the monastic community of Brancoveanu (Sâmbăta de Sus). Despite his blindness, he was ordained priest. Below are some extracts from his teachings.

I insist that, even if they can’t go to all the services, people should at least attend the divine liturgy. And if they don’t go to the liturgy, I won’t even sit and talk to them. Because I’ve got nothing to say to them. For example, I asked one man what he did at the time when he should have been in church and he answered: ‘I watch television’. I told him: ‘Be careful. This means that you’re in front of the television and that you’ve turned your back on God. So, change. Go to church so that you’ve got God in front of you and the television behind you’. 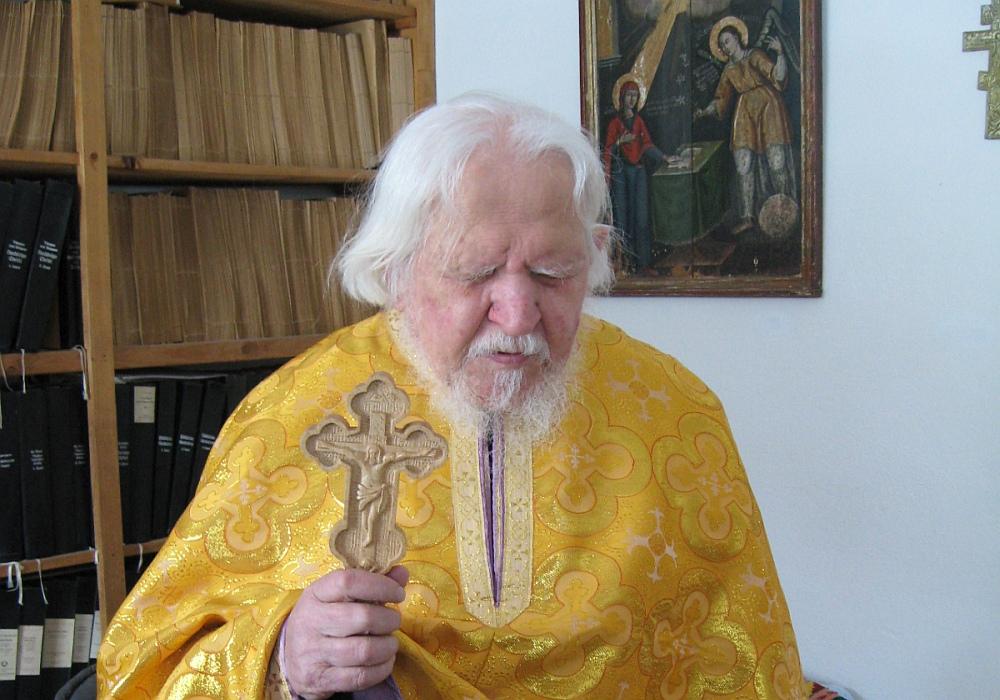 * they don’t have enough faith to make it necessary for them to follow the church services.

It’s not possible to make spiritual progress without acts of faith. Faith increases through works.

* If the faithful fast, then the less faithful should also fast, so that they have practical faith that’ll strengthen whatever faith they already have.

* If the faithful go to church, the less faithful should do so as well, so that at least they’re present there.

Somebody once said to me: ‘Father, you tell me to go to church. But you can’t imagine how many bad thoughts, how many revolting things I have inside me’.  I know people are very different. But I also know that, if you don’t go to the place where there’s the gift of the grace of God, you won’t be able to receive the grace of God. So, go as you are, no matter how horrible your thoughts are, however base they may be. Because that’s the only way that the time will come when your mind will clear and you won’t have such dirty thoughts within you.

Attendance at divine services is a training, a kind of schooling. It was only when I’d completed my studies at the Theological School that I realized the treasures that there are in the services.