Our name is Christian

We’re called upon by our Church to remember and ceaselessly put into effect in our lives the name we’ve been given: the general one of Christian and the particular one we received at our baptism. Because the primary name of every believer is ‘Christian’. During the period of the persecutions, when the holy martyrs were asked their name, they replied: ‘My name is Christian’.

The saints knew that their entry into the body of Christ and their Christianity was, from then on, the most important and sacred thing in their lives, that which defined and characterized their existence. Their center of gravity was Christ, not anything earthly, no matter how significant and great this may have seemed. This was why they laid down their very lives. Thereafter our baptismal name is that of our saint, which also directs our thoughts to the Lord, since the saint was an imitator of him and thus was sanctified. 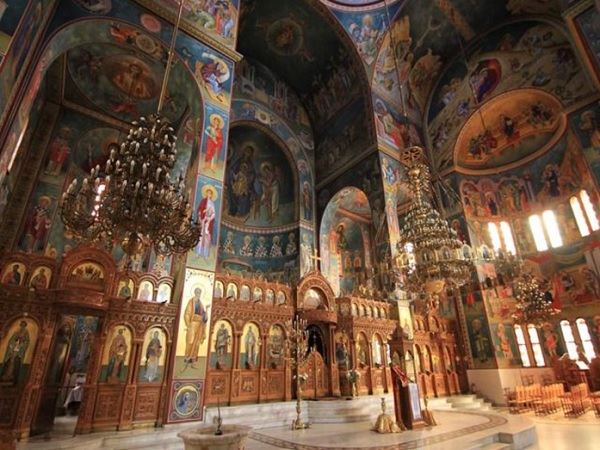 So either through the name ‘Christian’ or that of our saint, we remember that we’re members of Christ, his own images, temples of his Holy Spirit. This isn’t a fantasy, but actual reality. Just as the man in the region of the Gadarenes lived wretchedly because he was possessed by foreign demons and had no name, so we, in quite the opposite situation, are possessed by the Holy Spirit, our God, who liberates us (‘where there is the Spirit of the Lord, there is also freedom’). This makes us feel ourselves to be children of God, with the constant cry of ‘Abba, Father’ welling up within us. That I’m able to feel that I’m the child of God and that I can call him ‘Father’ is conferred on me by my name. The Christian name, obviously, not some weird, strange diminutive which functions in a completely disorientating manner. And if I call God ‘Father’, as a member of Christ’s body, then it’s obvious that I, in turn, am called upon to live as Christ did: in obedience to God’s will, in humility and in love. This is what being a Christian means: ‘imitation of Christ as far as is humanly possible’ (Saint John of the Ladder).