The anonymous departed saint who didn’t wish to become known

Elder Panaretos and the unknown saint

In the first part of the twentieth century, an elder, Fr. Panaretos, lived in the general area between Kavsokalyvia and the Lavra. At some stage he wanted to make a little vegetable garden outside his poor dwelling to provide him with produce.

One day, as he was digging this stony place, his pick struck a slab. When the elder lifted the slab, he was astonished to find that it was covering a grave, in which there was a corpse dressed in priest’s robes. His whole appearance, as well as the indescribable fragrance which arose from the grave betrayed the fact that he’d been but recently interred. 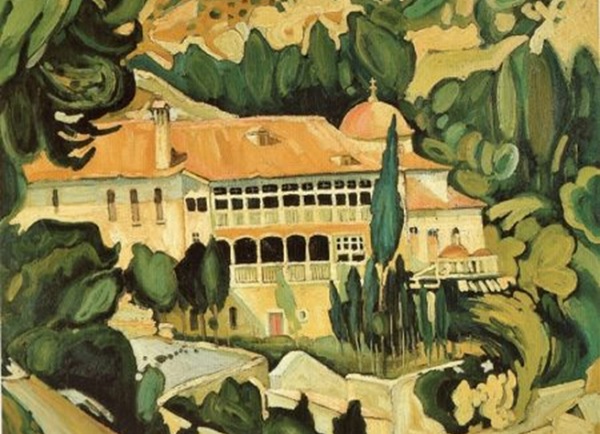 Father Panaretos had lived in the wilderness there for decades and had never heard tell of a great ascetic who’d lived and been buried there. Once he’d overcome his astonishment, he wept and prayed to this unknown saint. ‘Saint of God, I thank you that you’ve shown your sanctity to me, unworthy though I am. Please tell me who you are and how many years you lived in this wilderness’.

This most devout monk kept a prayer vigil, during which the thought came to him that he should go and report the event to the mother monastery, the Great Lavra. Towards morning, however, he briefly fell asleep and, in his sleep, he saw the unknown saint, who said to him severely: ‘What are you thinking of doing, abbas? We’ve striven here together and you’re taking it upon yourself to arrange my affairs and transfer my relics? I labored for more than fifty years here. Put me back into my place of rest, please, and don’t tell anyone as long as you live’.

Fr. Panaretos woke up, covered the grave with the slab and felt at peace. He prayed continuously to the anonymous saint.

Later, when he was well-stricken in years, he entered the hospice in Kavsokalyvia where, just before he departed this life, he related this wonderful discovery to the other fathers, though he refrained from giving further details.