The wiles of the devil

Saint Ilarion the Great [21 October] was a great ascetic. He lived in Palestine in the 4th century. Among the miracles we read about in his Life is the following.

A certain dissipated young man fell in love with a pure and very good girl. She didn’t respond to his declarations of love, however, so he had recourse to warlocks in Egypt. The latter gave him a variety of ‘magic’ objects, as is the customs among wizards. The young man returned to Palestine and went and buried the object under the threshold of the girl’s house. 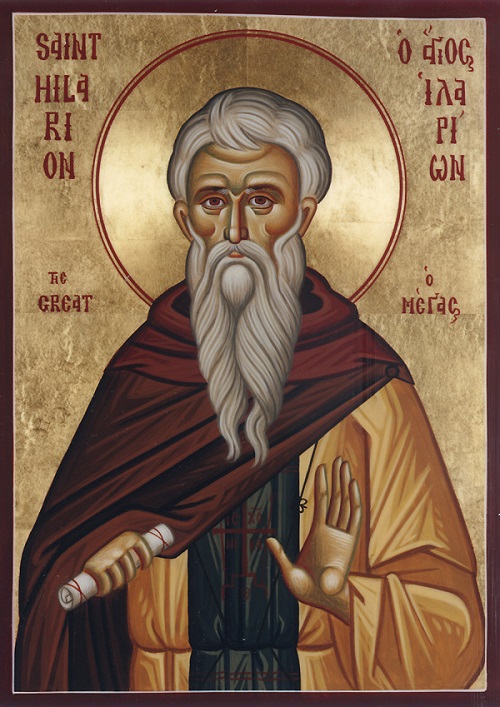 Suddenly the girl started crying out aloud to him- by name- and saying that she wanted him. Her kin realized that something demonic was going on, but they didn’t know exactly what it was.

So they brought the girl to Saint Ilarion. No sooner did the girl see the saint than the demon started shouting from the mouth of the girl: ‘It’s not my fault. They sent me here from Egypt. And now I’m tied by a piece of string under the threshold and I can’t leave’.

The saint smiled and said with a dose of sarcasm: ‘Yes, you’re really great and powerful, since they’ve bound you with a thin piece of string and you can’t get away. But tell me, why didn’t you possess the young man who sent you but instead chose this pure girl ?’.

The demon answered: ‘I had no reason to enter him, because he’s got the demon of fornication inside him and that one’s much worse than me’.

Then the saint blessed the girl, who was immediately liberated from the action of the devil. But he did say to her: ‘Be careful in future about any sin. Because if the demon hadn’t found something – howeve slight- to work on, he couldn’t have possessed you. The demons have no authority over us unless we give them something to work with’.

From the above, we may conclude that:

So that we don’t fall into such a trap, then, let’s always remember what we say at every liturgy: ‘One is holy, one is the Lord, Jesus Christ, to the glory of God the Father, Amen’.

In other words, there is only one Lord, Jesus Christ. He it is whom we venerate; he it is whom we worship. Nobody else. So, any recourse to the devil is denial of Christ. May God prevent all of us from falling into such a terrible sin.