Once more, time’s been given to us by our Lord and God and Savior Jesus Christ for the seeds of almsgiving to be brought to our hearing. Once more, Christ has given us the example of the sower who cast his seed on good ground and reaped a hundred-fold harvest. Listen to the message he himself proclaimed. See, the audience of the theater of almsgiving is now assembling. Let those who are lovers of God, lovers of generosity and lovers of the poor be invited in. Let those who desire crowns be given access. God is present and it is he who gives prizes. On receipt of a little money from lovers of the poor, he grants the givers the kingdom of heaven. 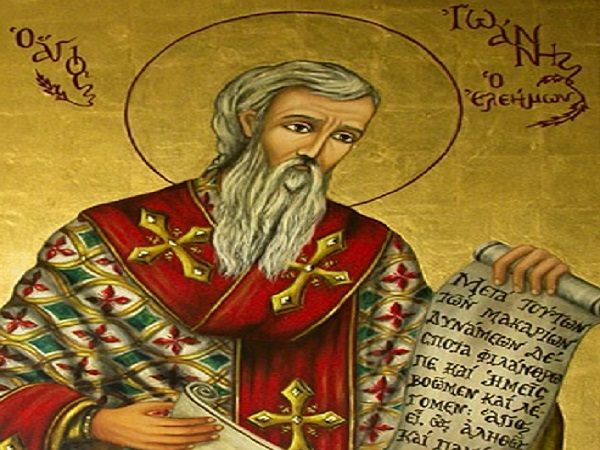 I beg you, let none of us forfeit this grace. Let none of us pass up this great and other-worldly gift for want of a little money. Not the poor nor the rich; not servants nor the free; not the wise, nor the ignorant; not men, nor women. Rather, I entreat all of you, let us willingly purchase the Kingdom of Heaven. And let none of the poor say that they’re poor; they should be the first to grasp this. They think that they have an apparently acceptable defense before God. What do the poor often say: ‘I have no money, I can’t provide regular food, I labor and strive all day just to make a bare living. I carry things on my shoulders, I work with wood, I hammer, the strength of my body is failing and you expect me to give the reward of my labors to others?’. Tell me, you speak a lot about your struggles, and you think that the strength of your body is yours alone? Don’t you believe that if you give a little of the fruit of your labors, you’re giving alms to him who  gave you the power and strength to work in the first place? Better to give a little with your body and grant great riches to your soul. If you have ten coins and give nine to the body and one to the soul, is the whole of your life turned upside down? If you make fifty coins, and give God five for the indigent and keep forty-five for yourself, you’ll have strengthened your soul in the faith, your body will be made more robust by the prayers of others and you’ll have been given the grace to go back to work and to earn even more. You’ll have become the richest of the rich by giving alms. But then you’ll tell me: ‘And how do I benefit from this? I won’t be called ‘poor’ any more but ‘God’s creditor’’. How’s that going to happen to me?’. Believe the Scripture that says: ‘Those who give alms to the poor lend to God’. And you’ve heard from him: ‘Whatever you do to the least of these, you do it to me’. You’ve sat many a time in the market place and watched some rich man passing by. You call him fortunate and say: ‘Blessed is this rich man, since he’s in debt to nobody, but lends to others’. And, yes, he lends to other people, but you lend to God. Anything he receives from his efforts is accompanied by trouble and strife, in sin. But you receive from God without toil, without care, and with joy a hundred-fold. He receives in this brief life, but you will inherit everlasting, eternal life. If you don’t believe me, believe God, who tells and informs us with a solemn oath: ‘Truly I tell you, you will receive a hundred times over and inherit eternal life’.  So don’t imagine you’ll lose by giving to the poor, nor that you’ll become poor by giving to the poor. If the poor give alms to the poor, they don’t themselves become the poorer thereby, but are to be praised and are thus better protected against poverty.

Have you heard the Prophet who says: ‘I was young and now I am old, yet I have never seen the righteous forsaken, or their children begging bread’? Or again: The righteous give alms and lend all the day long, and their seed shall be blessed’. Why blessed? Because if you sow with a blessing, you’ll reap with a blessing. Take as good care of your soul as you do of your appearance. For nothing else benefits the soul so much as protecting the widows, the orphans and the poor. Don’t let your soul be seen naked by God on that dread and terrible day, but let it come arrayed in light through almsgiving, and appear before God with all glory. God says through the Prophet: ‘Nourish the hungry with your bread and bring the homeless poor into your dwelling… Then your light will shine early, your healing shall spring up speedily, and your righteousness shall go before you’. Do you see the reward you gain for a bit of bread or for a coin? Do you know how much light the fruit of almsgiving brings you? Do you want to know the treasure you acquire by giving just a small amount to the poor? Do you wish to see how some of the poor inherited a country of great treasures by offering a little?…‘Truly, I say to you, that this widow gave more than all the others’ (Mark 12, 43).

Extract from Homily 1 On Almsgiving.