‘For he himself is our peace, who has made the two groups one and has destroyed the barrier, the dividing wall of hostility, by setting aside in his flesh the law with its commands and regulations. His purpose was to create in himself one new humanity out of the two, thus making peace, and in one body to reconcile both of them to God through the cross, by which he put to death their hostility’ (Eph. 2, 14-16). 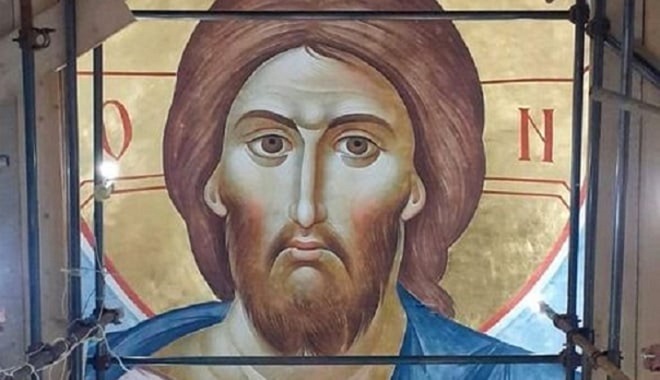 Contrary to what most people believe today, we people have within us a certain inclination. This inclination was given to us by Christ when he created the world and us humans. It is that we understand that we have to solve a great problem: is there a God for us? If the answer’s positive, then another question arises: what do we do with the freedom we’ve been given to activate his image within us and make it into his likeness? Do we, then, exist in order to see everything from the perspective of our self, as a little god would? Of our self which, despite the fact that it has a beginning and end in the course of our life, we nevertheless believe that we still have time and that the end won’t come? Or even if it does come, that it’ll mean the end of our existence, our bodily and spiritual annihilation? Or perhaps we exist in order to encounter God and our neighbor in a continuous transcendence of the old person, our old self, so that we become a new person, who, with love will commit to God and share with others as much as we can- everything, if possible?

If the answer is positive again, we have to understand a third point: that the whole of our journey through life will be a continuous war between two persons. One wants to deify their feelings, to deify their nature, to justify the right of the strong to satisfy their desires, even if this is at the expense of other people, like the big fish eating smaller ones (where the ‘big fish’ is someone who’s in a sound position financially, socially and bodily, someone who associates and acts in concert with others of like mind and bends other people to their own wishes through power, authority or manipulation); and the other one invokes divine laws, commandments; not love, but formalism and proper behavior, in order to demonstrate their superiority and to feel that they deserves God’s favor. This warfare either distances us from heaven or makes us feel religiously self-reliant.

Writing to the Ephesians, Saint Paul  notes that, in this war, there can be no peace without the person of Christ. Christ is the victor over death. We who had been defeated by the bodily and, especially, spiritual death of self-deification were thus reconciled to God; and he also did away with the smugness of those who observed the Mosaic law, those who thought that God was their own and denied his image in others, in foreigners and pagans.

On the cross, Christ united us with both God and our neighbour, our every neighbour. He brought his own peace. He showed this way to all of us so that we could become the new person of love, humility, reconciliation and peace. A person who would trust him with every detail of their life. Not a person afraid of effort or a defector from the struggle of life, but someone who remembers that love is all.

Christ’s love comes into all aspects of our life. It comes into the union of the soul and body, when our desires don’t function as an indiscriminate guide to pleasures, but as joy that we co-exist as a communion of persons, of love and an amalgamation of soul and body. And we become peaceful within ourselves so that we can contribute to external peace, as well. Because those who have as a guide in their actions not themselves but concern for the other, for every other, behave peacefully. Even if the truth hurts, both for themselves and other people, they’ll tell it, defend it and fight for it. But with respect for the freedom of others, even if this brings sadness. This is why the new person is subjected to the cross, following Christ at every moment in life.

We’ve been called to become new people. Let’s not forget it, but, with communion with Christ within the Church, may we make every moment a new beginning, a new step.